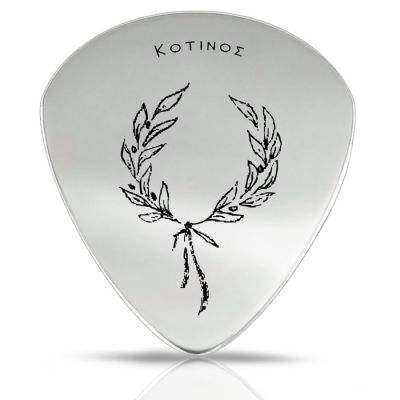 Inspired by kotinos, the olive leaf wreath we created this silver guitar pick. Kotinos was used as the prize for the winner of the ancient Olympic Games. The first Olympic Games dated back to 776 B.C. took place in Ancient Olympia in Peloponnese, in Greece. The olive tree is considered a symbol of peace, creation, wisdom, victory and the Olympic ideals. The tree that godess Athena offered to the people of Athens. This guitar pick is crafted by hand and is made of solid silver 925°. It can also be engraved and create a personalized gift.