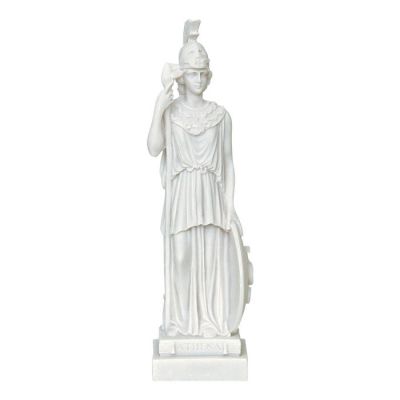 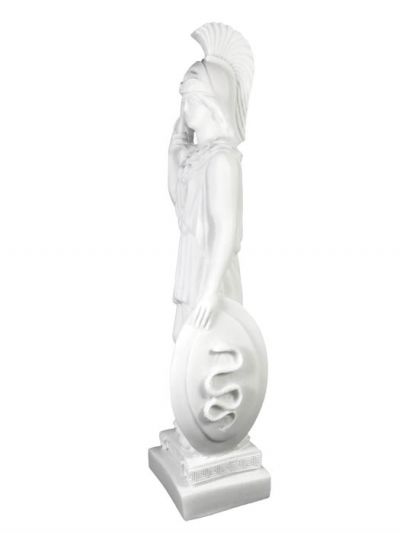 Goddess Athena was the patroness of the city of Athens and the goddess of wisdom and knowledge. The beloved daughter of Zeus, was one of the twelve Olympian gods. Her symbol was the owl and her sacred tree was the olive tree. The goddess is depicted wearing a helmet and holding a shield. An impressive statue, made of casted alabaster, ideal for your home decoration.

The goddess was born, coming out of the head of Zeus, fully armed, wearing a helmet and holding a shield. Athena was the favorite daughter of Zeus, and inherited her father's omnipotence and the wariness and wisdom of her mother, Metis. Goddess Athena, apart from Athens, was worshipped widely in Thessaly, Boeotia, Athens and Amorgos. Athena always remained chaste (Athena Parthenos) and the Athenians founded the Parthenon, the most famous temple dedicated to her, on the Acropolis of her namesake city, Athens, in her honour, which became the symbol of the city.