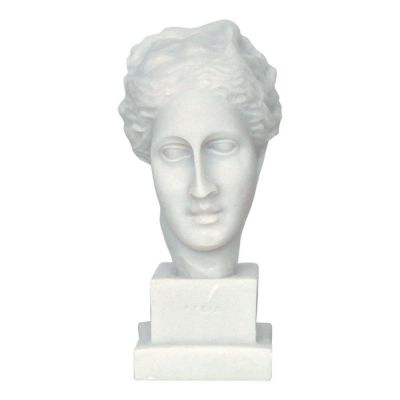 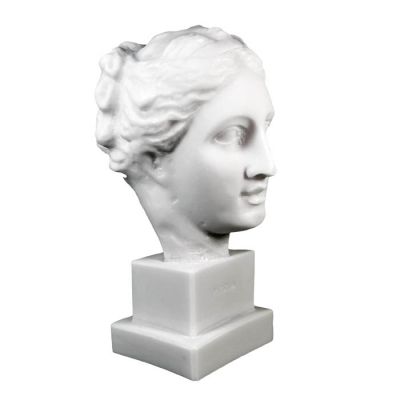 The head of Hygieia, who was the ancient mythological greek deity of health and the daughter of the God of medicine, Asclepius. The impressive marble head from which this bust is inspired, is the artwork of the ancient greek sculptor Skopas and it probably belonged to a statue from Tegea in Peloponnese, dated around 4th century B.C. The bust is made of casted alabaster.

Hygieia was an ancient greek mythological deity, daughter of the God of medicine, Asclepius,and the personification of the health of the body and soul.According to ancient greek history, her cult became widespread in Athens around 420 B.C.. In Greek mythology, she was worshipped along with her father. Asclepius was linked directly to the treatment of diseases, while Goddess Hygieia was linked with the prevention of the diseases and the maintainanceof health.

In Greek mythology, Hygieia was the daughter of Asclepius and Athena's sister, Epione and her sisters were Panacea, Aceso, Iaso, and Aglaea. Aside from Athens, she was worshiped in other cities, such as Thespiae, Elateia, Megara, Corinth and Argos. Artists depicted her, in the form of a young womanfrom the 5th century, while the snake was later adopted as her symbol. Famous painters, but mostly sculptors depicted Hygieia in statues, busts, sculptures and paintings.