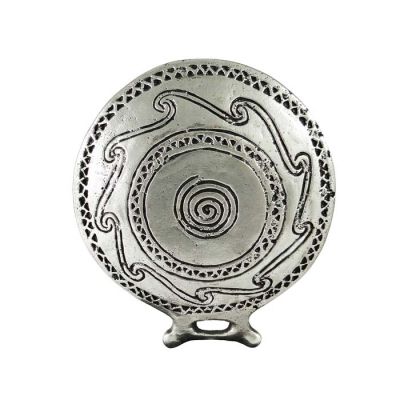 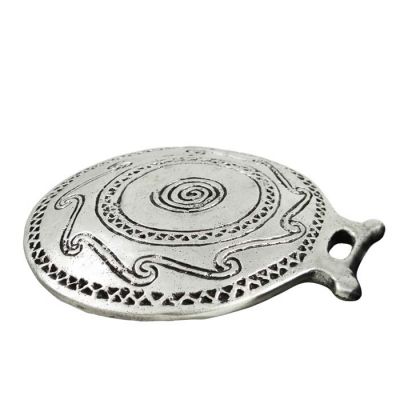 We created a frying-pan shaped paperweight, inspired by the ancient clay vessels, which were mostly discovered in Syros. The frying-pan vessels were created in the Cyclades since the Early Cycladic period and later on these pots traveled in Asia Minor and the rest of Greece, through the trade of the islanders of the Aegean. This unique work of art is made of brass, coated in silver solution 999°.

Frying-pan vessels are exhibited at the National Archaeological Museum of Athens.