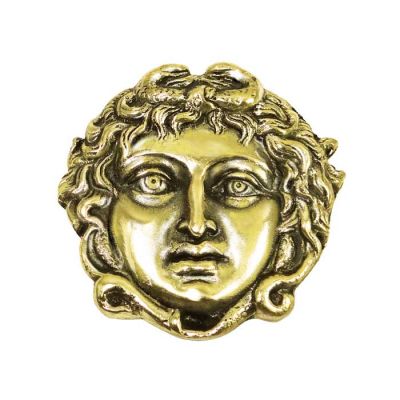 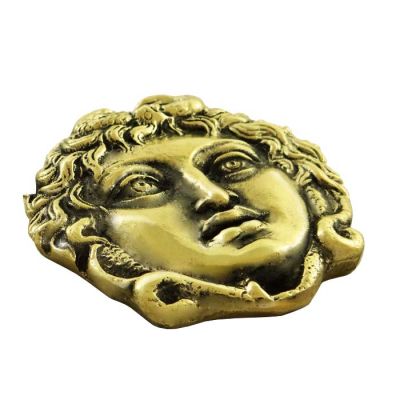 Gorgoneion paper weight, inspired by the two gold gorgoneia, found in the antechamber of the tomb of Philip II in Vergina.The format shown at gorgoneio, is the head of the Gorgon Medusa, which is wrapped with serpents, and according to mythology, it turned to stone anyone staring at it. The unique accessory is made of brass.

Order now your own or offer it as a special gift.

The gorgoneion was the face of the Gorgon Medusa, which was wrapped in snakes and according to mythology, it petrified whoever looked at it. In ancient Greece, the gorgoneion was depicted in amulets and shields, in order to scare the enemies. According to Greek mythology, Perseus killed Medusa and decorated the shield of Goddess Athena with her head. It is a very ancient apotropaic symbol, which evolved from a mask of absolute horror to an image of utter beauty in the 4th century.

Two valuable cast gorgoneia, decorated the armour of Philip II of Macedonia, which were found in his tomb in Vergina. These are the oldest findings of this "beautiful" type, as they are called and are brilliant examples of sculpting in Greek art.

The gorgoneia are kept at the Royal Tombs Museum in Vergina, Macedonia.