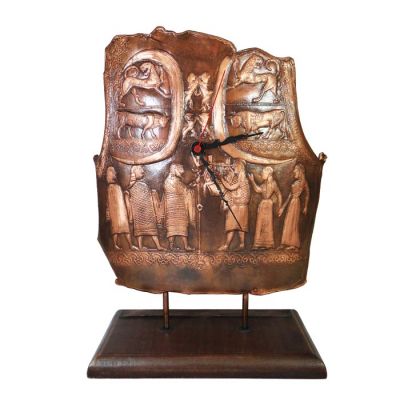 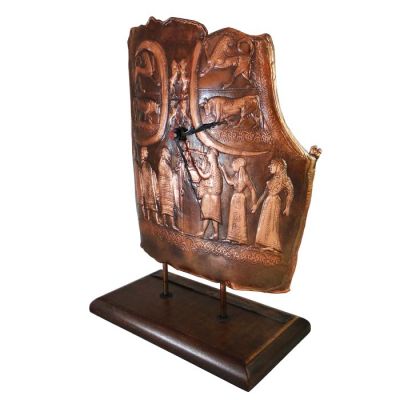 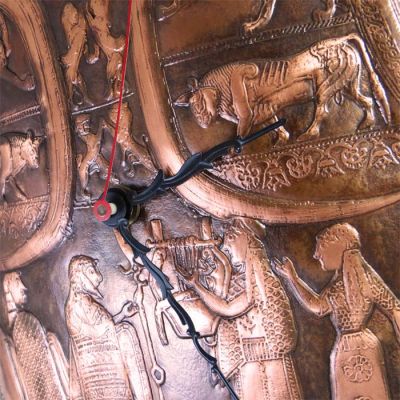 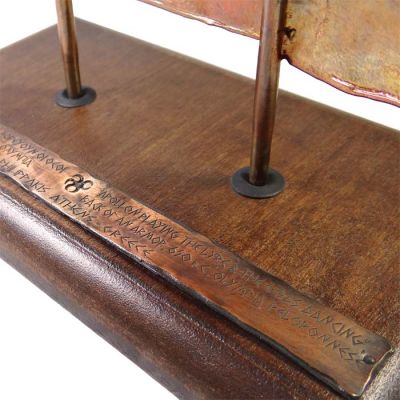 This wonderful copy of the breastplate, depicting Zeus and Apollo with his lyre was turned into a marvellous clock.The original copper breastplate was found in Ancient Olympia. It is likely the work of an island bronzesmith, dated between 650-625 BC. The copy is made out of copper and is placed on a wooden base. This exceptional historical item is made for all the admirers of the ancient greek culture.

A breastplate is a device worn over the torso to protect it from injury, as an item of status. A breastplate is sometimes worn by mythological beings as a distinctive item of clothing. It has been a military mainstay since ancient times and were usually made of leather, bronze or iron in antiquity.

This marvelous breastplate, undoubtedly  belonged to a distinguished man. Possibly the work of an  island bronzesmith, it dates from about 650-625 BC. On its lower section Zeus is depicted at the centre, together with Apollo holding his lyre. Behind Zeus are two gods and behind Apollo two goddesses, possibly the Muses or the Hyperborean Maidens who came from beyond the northern regions, to Delos. The design of the plant and animal motifs which complete the decoration attest the practised hand of a craftsman with a long tradition behind him.

The original  is kept at the museum of ancient Olympia.