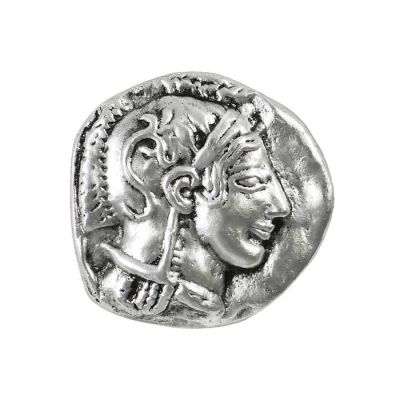 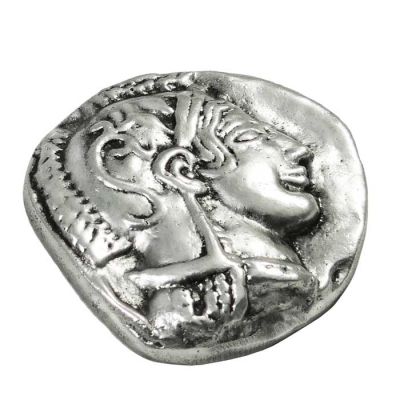 Athena, the virgin patroness of Athens and one of the twelve olympians (Dodekatheon), inspired us to create a silver-plated paper weight,from the depiction of goddess Athena on the ancient Athenian tetradrachm. This unique accessory is made of brass and its coating is in silver solution 999°, for all admirers of ancient greek mythology.

The goddess was born, coming out of the head of Zeus, fully armed, wearing a helmet and holding a shield. Athena was the favorite daughter of Zeus, and inherited her father's omnipotence and the wariness and wisdom of her mother, Metis. Goddess Athena, apart from Athens, was worshipped in many cities in antiquity and her cult was very widespread. Athena always remained chaste (Athena Parthenos) and the Athenians founded the Parthenon, the most famous temple dedicated to her, on the Acropolis of her namesake city, Athens, in her honour, which became the symbol of the city.

The ancient currency of Athens, depicting goddess Athena, is exhibited at the Numismatic Museum in Athens.