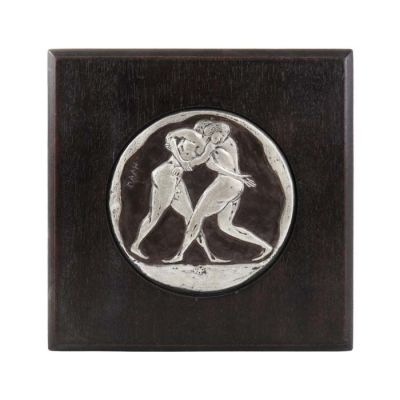 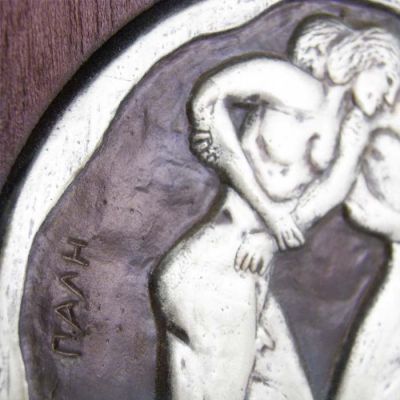 The ancient Olympic Wrestling was introduced in the ancient Olympics in 708 B.C., as a part of the Pentathlon. We created a collection of small framed relief plaques, depicting sports of the Olympic Games. The depiction of the wrestling is inspired by the representation of the sport on an ancient Attic black-figure amphora. The relief plaque is made of copper, plated in silver solution 999° and it is mounted on a wooden frame. The frame is suitable for hanging and standing, in order to be easier for you to use it.