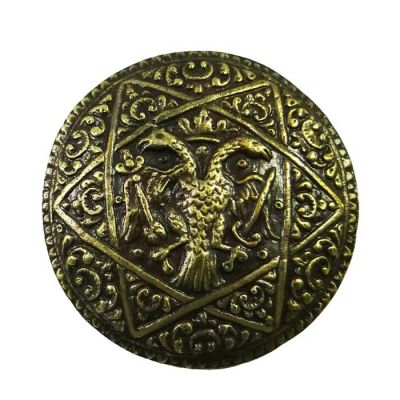 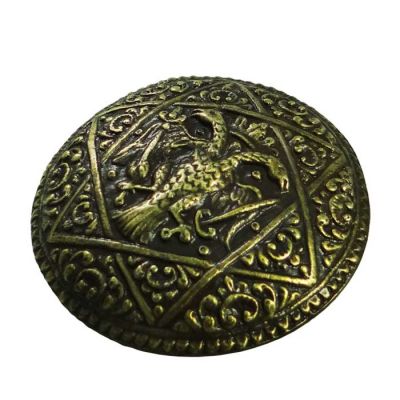 Double-headed eagle, a symbol often found in coats of arms, emblems and flags associated with the Byzantine Empire. It symbolizes the dual power of the emperor secular and spiritual and the two heads, the sovereignty of the Byzantine emperors from east to west. The left head (which is facing the West) symbolizes Rome, while the right head (which is facing the East) symbolizes Constantinople. The item comes from buckle. Original exhibits can be admired at the Historical Museum of Athens, the Folklore Museum at Pergamon, the Benaki Museum.

The symbol is directly connected with the Byzantine history, as the two heads represent the Emperor having authority over both secular and religious matters and it signified the dominance of the Byzantine Emperors over both East and West. The left head of the eagle, which is facing the west, symbolizes Rome, while the right, facing towards the east, symbolizes Constantinople. Thisbyzantineemblem was adopted from several European states, who continue to use it as their national emblem until this day.

Findings with depictions of the two-headed eagle are kept at the Byzantine & Christian Museum in Athens and at the Museum of Byzantine Culture in Thessaloniki.