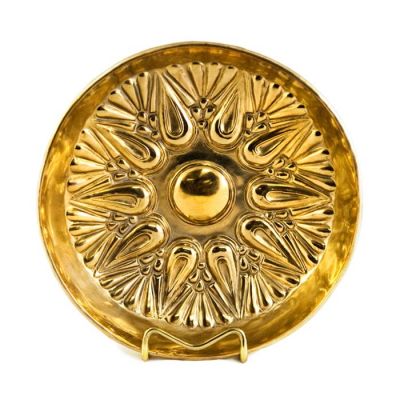 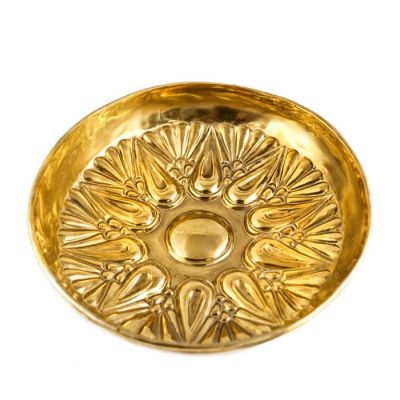 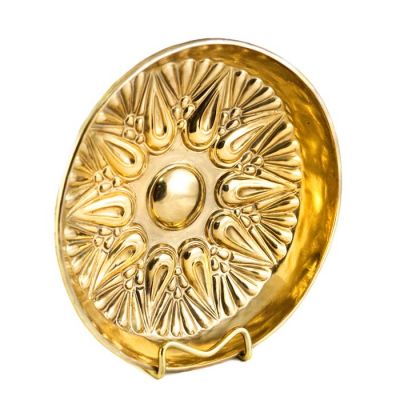 The gold-plated bowl is inspired by the Star of Vergina or Vergina Sun, that decorated the golden larnax (ash-chest), which was found in the tomb of King Philip II of Macedonia, dated around to 5th century B.C.. A common symbol of ancient Greece, that we find decorating coins, pottery, paintings and statues, long before the Macedonian kingdom and Argead dynasty. It is a particular aesthetic handmade creation, made of gold-plated 24k copper. A unique gift for your office or home.

The Vergina Sun or "Star of Vergina" is a symbol that was widely used by the Ancient Greeks. Although the Sun of Vergina is a national symbol, it is known because of the Macedonians, who used it as a symbol of the Argead dynasty in the Kingdom of Macedonia. The four rays represent the four elements, Earth - Sea - Fire - Air and the other twelve rays represent the twelve Gods of Olympus.

The symbol was found during archaeological excavations in 1977 by the archaeologist Manolis Andronikos in the archaeological site of Vergina, in Macedonia, Greece. It was depicted on a golden larnax found in a fourth century B.C. royal tomb belonging probably to King Philip II of Macedon, father of Alexander the Great.