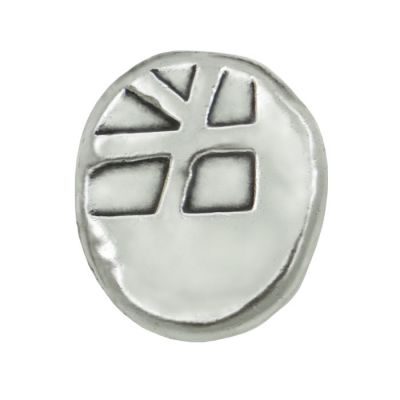 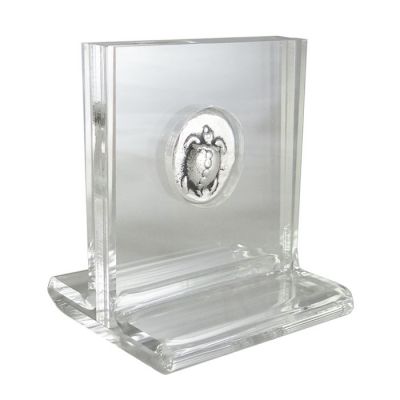 Aegina silver stater coin copy. Aegina was the first city-state in ancient Greece to mint its own coin. There were two different turtles depicted on the silver stater coins of Aegina, the sea turtle and the land turtle. On the reverse both coins had an incuse square with irregular shapes. The Aeginetic stater, was also known as turtles. A great collectible gift for the admirers of the ancient Greek world. An exclusive business gift.

There were two silver staters of Aegina minted. One silver stater of Aegina (500-480 BC) with a sea turtle and one with a land turtle depicted on the obverse, and an incuse square with irregular shapes was embossed on the reverse. Each coin weighted 12.57 grams.

Aegina was the first city - state that minted its own coins in Greece. Aegina, as an island and considering that there were not many croplands, turned very early in shipping and trade. The Aeginetans, throughout their constant trips, experienced the importance of the currency and after 570 BC minted silver coins.

Aeginetic staters, known as turtles, were released in most parts of Greece for about four hundred years. There were also found in Persia, Egypt and Italy.

The mints stopped producing the coin in 431 BC with the expulsion of the Aeginetans by the Athenians and then restarted with their return to the island at the end of the century, where it continued until the imperial times, only with copper versions.