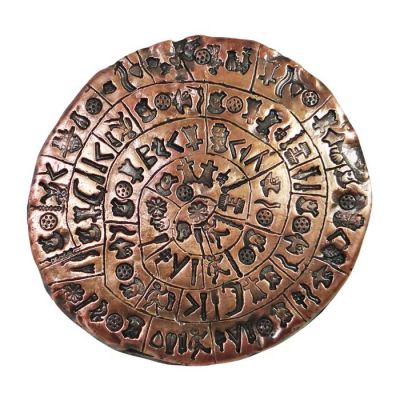 The Phaistos Disc, the unique archaeological find from Phaistos in Southern Crete and one of the most famous mysteries of ancient greek art, inspired us to create an aesthetic clock, made of copper. The unique clock has embossed symbols of the disc and stands on a Greek marble base. A historical object of the ancient art and heritage of Greece, for your office or your home decoration.