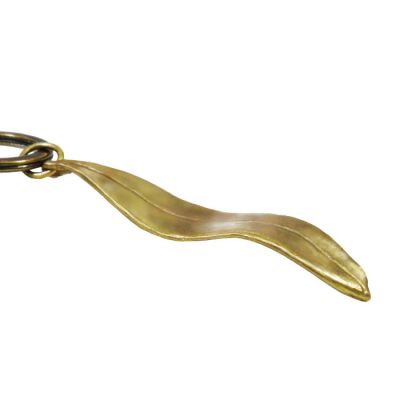 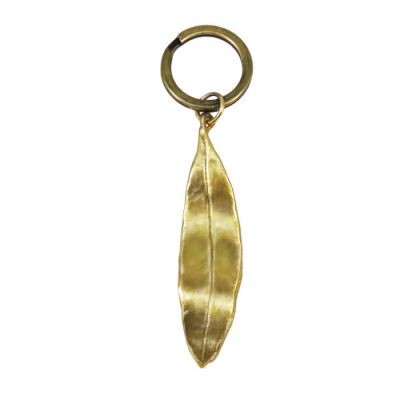 The olive tree, which is used in culture, arts and medicine throughout the greek history, inspired us to create an olive leaf key-ring. Its elegant form mimics the shape of the actual olive leaf and it is made of brass, for the admirers of the Greek nature. The leaf is attached on a brass ring.

According to Greek mythology, Goddess Athena competed with Poseidon for the patron deity of Athens and the name of the city. They agreed that each one would give the Athenians one gift for them to choose the gift they preferred. Goddess Athena offered them the first domesticated olive tree. The Athenians accepted the olive tree and named the city after the goddess.