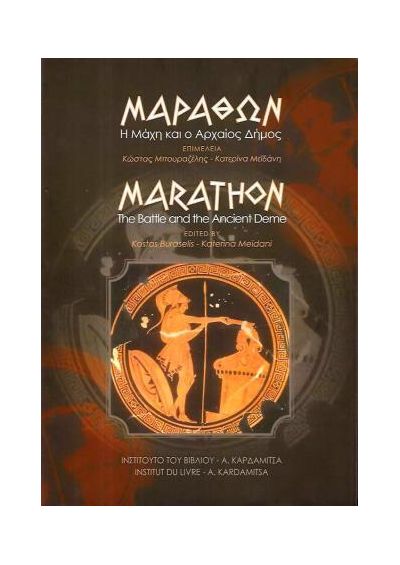 MARATHON. The Battle and the Ancient City.

2,500 years after the Battle of Marathon, we are still charmed by the victory of the 10,000 Athenians and Plataies against the many thousands of warriors of the giant Persian empire, and the Marathon plain stands as a world symbol for those who struggle for freedom and independence over all-out expeditionary forces.

In September 2008, Professor Katerina Meidanis, Professor of Ancient History of the University of Athens, Kostas Bourazelis organized a truly international conference dedicated to the investigation of the battle of Marathon and the ancient city of Marathon . Greek and foreign experts gathered in Marathon and tried to answer questions that still "torture" the survey. Many of the conclusions of their studies one can find in the texts of this issue, which includes the minutes of the conference, released by Kardamitsa editions titled "Marathons: the Battle and the Ancient City".

The book contains English and Greek articles about the battle and findings from the battle of Marathon.