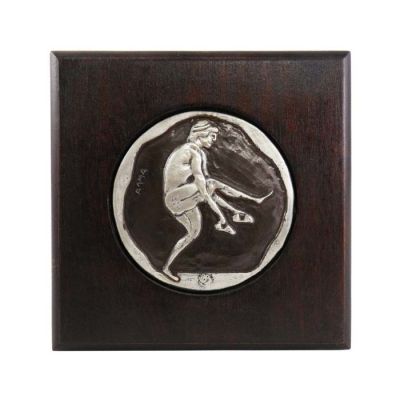 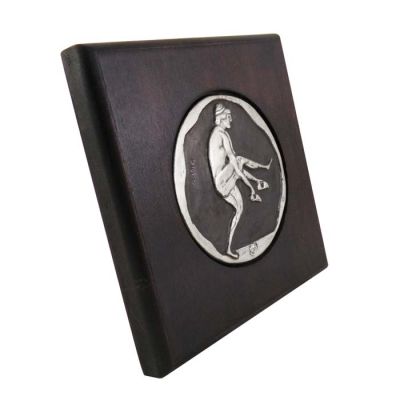 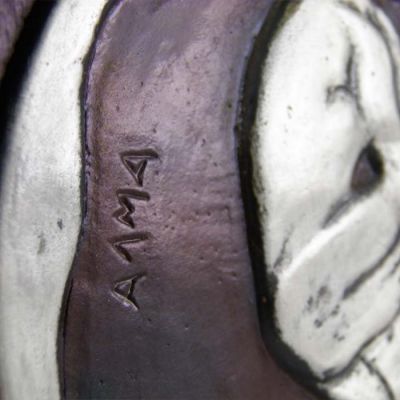 The long jump existed as a component of the pentathlon in the ancient Olympic Games, since 708 B.C. We created a collection of small framed relief plaques with sports of the Olympic Games. The depiction of the stadion race is inspired by the representation of the sport on an ancient black-figure kylix. The relief plaque is made of copper, plated in silver solution 999° and it is mounted on a wooden frame. The frame is suitable for hanging and standing, in order to be easier for you to use it.

The sport of jumping is linked to ancient Greek warfare. The long jump emerged probably because it mirrored the crossing of obstacles such as streams and ravines. In the ancient Olympic Games jumping existed primarily as a component of the pentathlon since 708 B.C, and was seldom held as a separate event.

The original Olympic athletes used stone or lead weights called halteres, that appeared in various shapes. Others were simple cones with depressions so that the athlete could grip it. They were used as a means to increase the distance of a jump. A jumper held onto the weights until the end of his flight, when he jettisoned them backwards. Athletes jumped into a pit approximately 50 feet long and landed with their feet together. Officials measured a jump from the bater, a fixed point on the side of the jumping pit and used a kanon, a wooden rod, to measure the distance of each athlete's jumps.

The black-figure tondo from an ancient kylix with the depiction of the long jump is kept at the Louvre Museum in Paris and it shows an athlete, holding the halteres, during the jump.