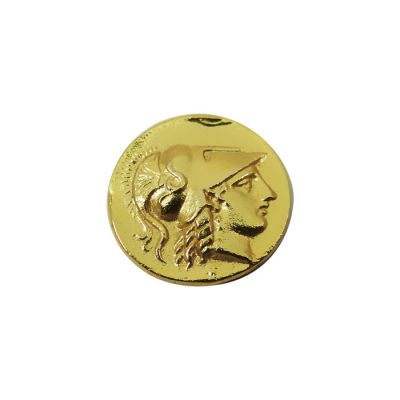 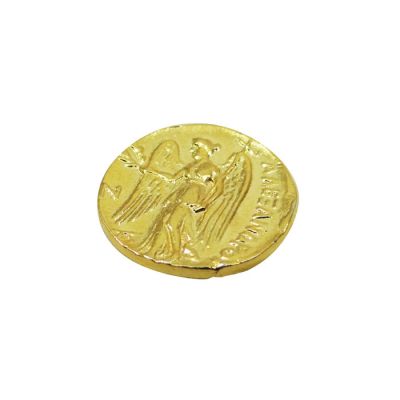 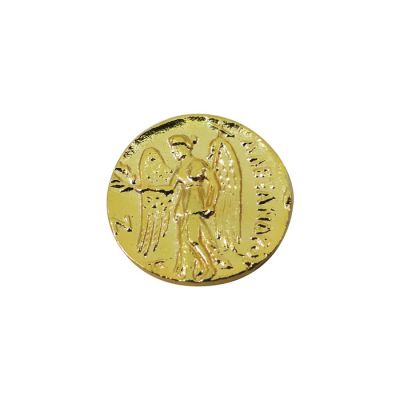 Inspired by the gold stater of Alexander the Great (Alexander III of Macedon) which depicts the head of Athena facing right and wearing a crested Corinthian helmet on the one side, we created this handmade solid brass pin. This rare gold stater from the Kingdom of Macedon was minted in Amphipolis (336-323 B.C.). An ideal gift with historical value. A brouche that will impress art collectors and history lovers.

Diameter of the stater: 2 cm

Take a look at the rest of the pin collection.

Excepting the coins of Alexander I, those of the kings who came after him, until Philip II, did not circulate beyond the borders of the state by reason of the instability which then reigned. The currency of Philip II and Alexander III on the other hand circulated widely. Furthermore, the silver coins minted during the reign of Alexander the Great were the most popular in antiquity. Under the Hellenistic kings the circulation of coins was again limited to the Macedonian kingdom and central Greece.