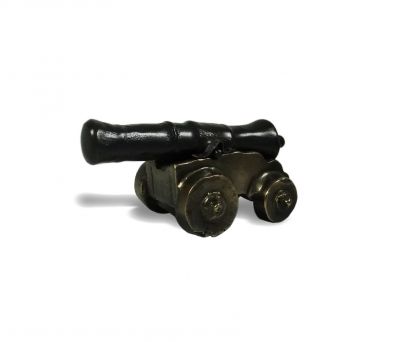 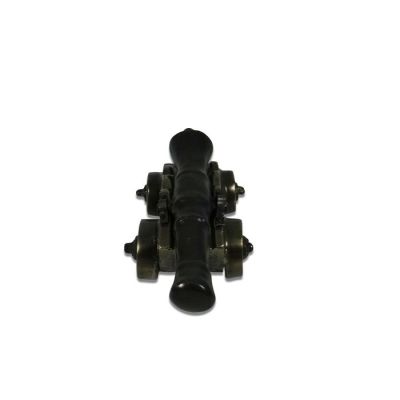 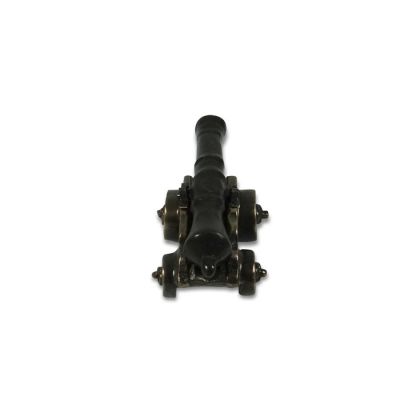 The figure-head of the warships during the Greek War of Independence 1821, were "framed" by two small cannons used by the Captains as a greeting instrument at the meeting of their ships, the so-called "greeting cannons". Their shape led us to created a unique item made of casted brass. A historical heirloom for your office or home decoration that can also be used as paper weight.

Hydra is one of the Saronic Islands of Greece, located in the Aegean Sea between the Saronic Gulf and the Argolic Gulf. It is separated from the Peloponnese by narrow strip of water.

The figure-head of the warships during the Greek War of Independence were "framed" by two small cannons used by the Hydra Captains as a greeting instrument at the meeting of their ships, the so-called "greeting cannons".

They were also called cannonets or caps from iron fork or tripod on which they rested and rotated so as to be adapted at appropriate points of the ships. They were usually bronze casted and were the complement of "heavy" weapons of warships at the period.

Together with the Flag of Hydra and many other heirlooms, one can find in the historical cultural exhibits of the collection of the Hydra Museum - Historical archives, on the island of Hydra in Greece.