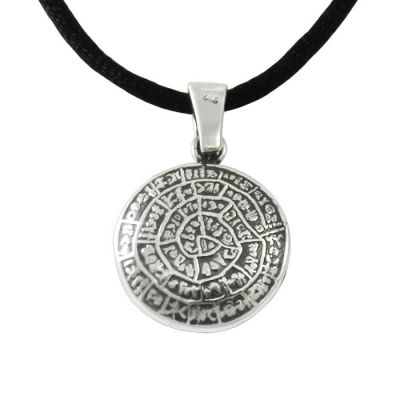 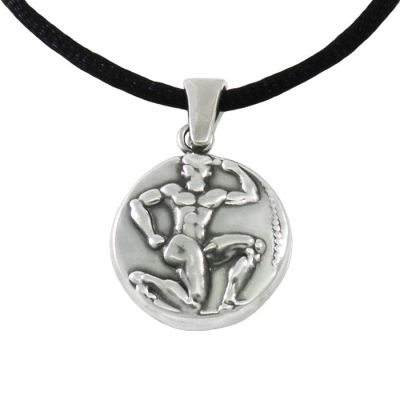 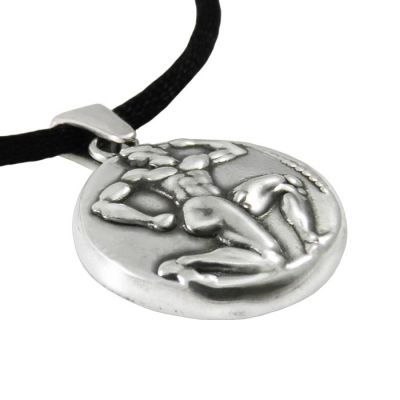 Phaistos disc silver pendant is a handmade jewel of high aesthetic. The disc is one of the most famous mysteries of archeology. It is a unique archaeological find from the city of Phaistos in Southern Crete. The Phaistos Disc is depicted on the obverse of the pendant and the reverse bears a Minotaur design, inspired by the silver stater of Knossos, dated from 425 B.C. All the ancient art and heritage of Greece, now in your hands.