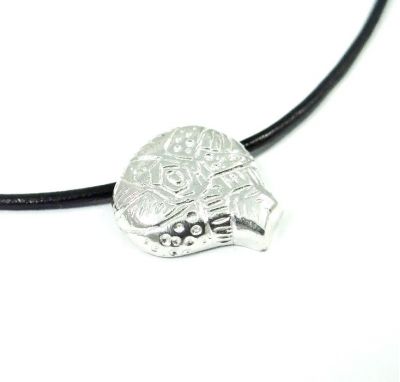 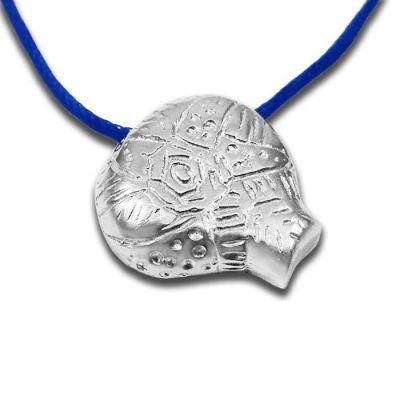 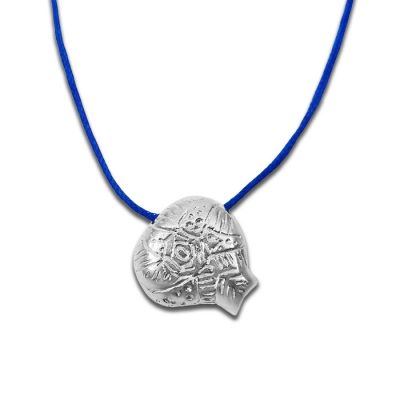 The "Cycladic Star" kid's silver pendant was inspired by the shape of a frying-pan, the ancient clay vessels, which were mostly discovered in Syros. The frying-pan vessels were created in the Cyclades since the Early Cycladic period and later on where these pots traveled in Asia Minor and the rest of Greece, through the trade of the islanders of the Aegean. This unique work of art is made of silver 925° and is offered with a black satin and a sea blue cord most suitable for our little friends.