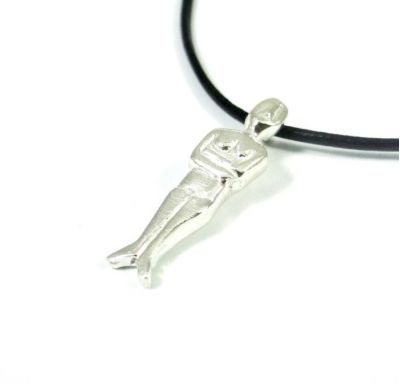 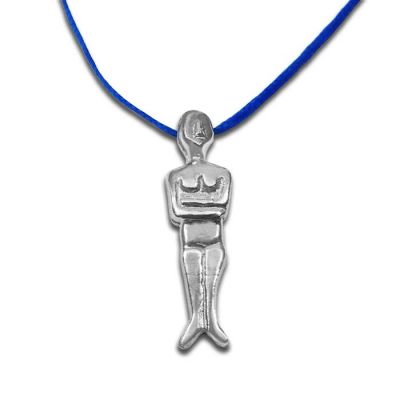 Cycladic figurine kid's jewel. The shape and features show that it is of the folded hands type,dating between 2800 - 2100 BC. Inspiered by the minimal shape we designed this unique handmade kid's pendant miniature so that our little friends have their own jewel of a museum replica. It is offered with a black satin and sea blue cord so that they can chose depending on the season!