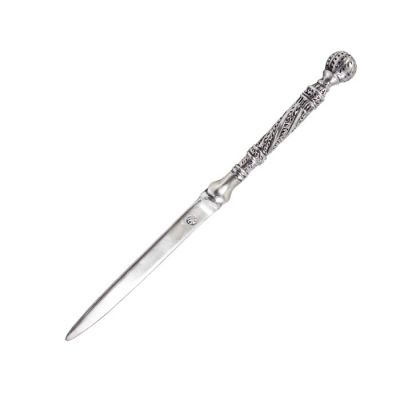 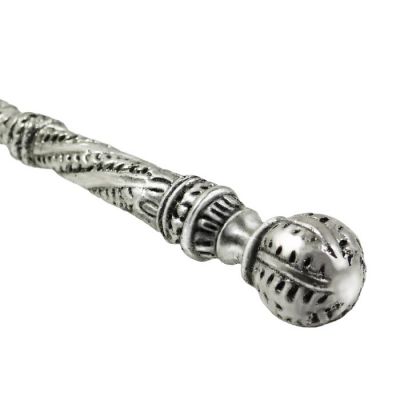 Charbi knife with dainty impressive handle, which ispired us to used as a handle to our letter opener. The original knife is exhibited at the Historical Archives - Museum of Hydra and is dated to 19th century A.D. It belongs to the weapons used duting the Greek War of Independence.The letter opener is made of solid silver 925°.

The Charbi was a little knife, that was hanging from the belt of the fighter and it was used for pinning and filling a gun, for drilling or even as a file for sharpening the sword. They were great examples of metalworking. Each charbi was usually decorated with impressive and elegant decorations.

The Hydra Museum - Historical Archives exhibitions are evidence of the rich cultural heritage of Hydra. The museum has an admirable collection of the most representative examples of the art of gun-making, kept and exhibited in wooden display cases. Gun-making was a very important art, which blossomed during the 18th, 19th centuries and the beginning of the 20th century. Most weapons, such as swords and pistols, belonged to Hydriots, but some of them are loot from naval battles of the fleet of Hydra with the ottoman fleet, during the Greek War of Independence.