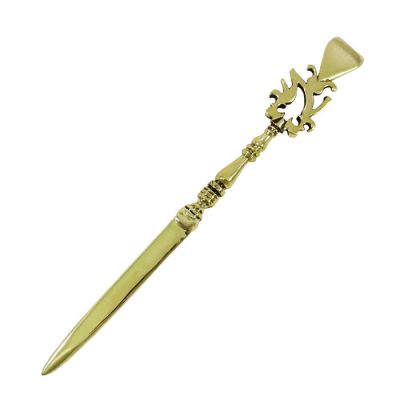 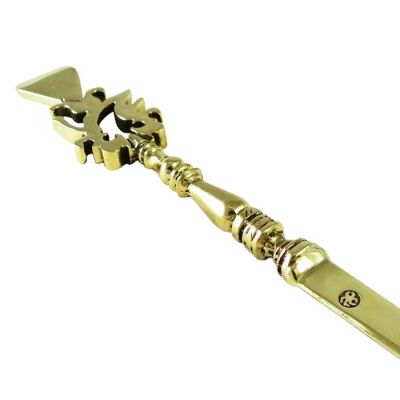 We created an impressive letter opener, inspired by a tool, which was designed to open buttonholes. The original tool is dated in the 19th century. The letter opener is made of bronze.

People always manufactured tools. From the 5th century A.D., the evolution of the most well-known tools had already been largely achieved. Every village and every great city in Europe had its own craftsmen, who either made their own tools, or ordered them from workshops, which specialized in making tools. Nevertheless, until the late 19th century. craftsmen mostly manufactured their own tools.

Each tool was a project, that reflected the personal taste of the craftsman. It looked like any other, had its own personality and its own functional and aesthetic requirements. Every tool had special decoration and different shape and weight. The art of tool making stopped in the late 19th century and tools began to be produced more massively, with the use of molds. In the same period of time, machines were introduced in the production of tools.