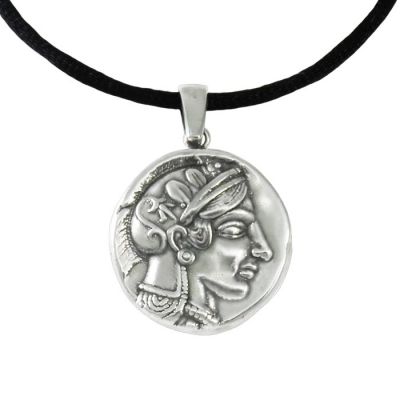 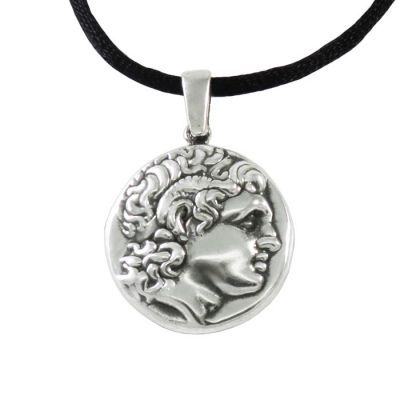 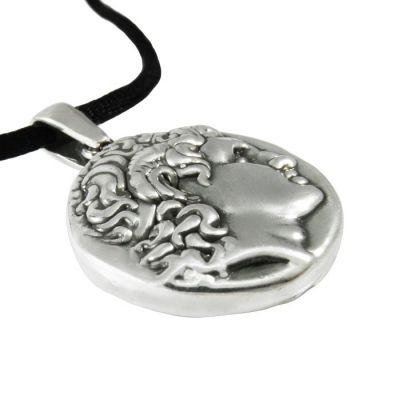 Wisdom, power and history, are the guide to our creation of this special two-sided silver pendant, where on the one side depicts Goddess Athena and on the other, the head of Alexander the Great, from whom it took its name, Athena & Alexander. A unique style jewelry that will satisfy the most particular tastes. The pendant is made of silver 999° and is offered with a black leather cord.

Alexander III of Macedon (356 – 323 BC), commonly known as Alexander the Great, was a king of Macedon. Born in Pella, he was the son of the king of Macedon, Philip II and his wife, Olympias. By the age of thirty, he had created one of the largest empires of the ancient world, stretching from Greece to modern-day Pakistan. He was undefeated in battle, due to his bold strategy, and the fierce loyalty of his troops and is considered one of history's most successful commanders.

In Greek mythology, Athena is the goddess of wisdom, courage, inspiration, civilization, law and justice. Athena is also a shrewd companion of heroes and is the goddess of heroic endeavour. She is the virgin patroness of Athens. In archaic images and coins, such as the four drachma coin of Athens, Athena is frequently depicted with her sacred bird, the owl perched on her hand. The olive tree is likewise sacred to her. Athena was worshipped in many cities of the ancient Greece. In her honour, celebrations and festivals were created, such as the Panathenaea and Pamboeotia.