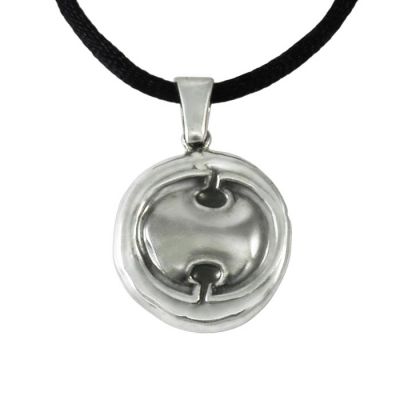 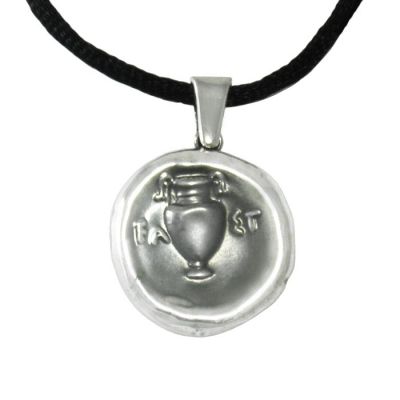 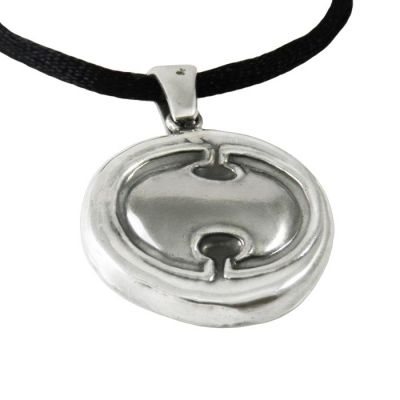 Ancient Greece and its rich culture, is an inexhaustible source of inspiration and creativity. From the ancient coin of Thebes, with the design of the shield (aspis) on the one side, the emblem of the Boeotian League and a kantharos (a type of bowl) on the reverse, we have created for you a special two-sided pendant in silver 999° with a black satin cord, which can be worn each time from a different side. Every time a new look.

This coin is one of the coins of the Boeotian League. The Boeotian League, already existed from the 6th century BC., but the period of its greatest development coincided with that of the hegemony of Thebes, in 378-362 B.C.. Their coins mainly depicted the boeotian shield, the emblem of the League, and on the back side of the coins there was a variety of depictions, with most common that of the crater.

The mountainous land of Boeotia was rich in mineral iron. According to mythology, the Boeotian king Athamas, constructed the first shield and then the shield became the emblem of Boeotian League. In addition to the shield, also known were the helmet of the Boetian League and the shield of Aiantas.

Ancient coins are exhibited at the Numismatic Museum in Athens.