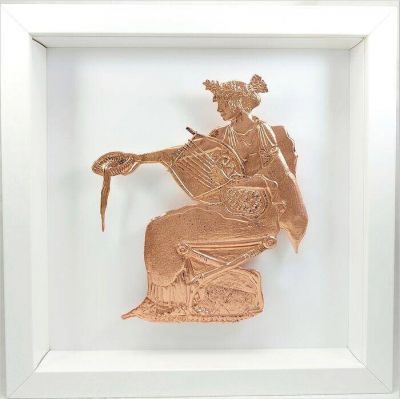 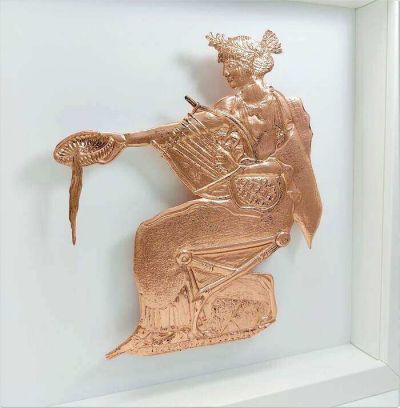 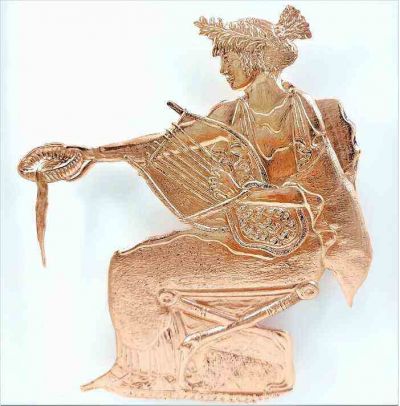 A representation of Apollo wearing a laurel or myrtle wreath, holding his lyre in his left hand and pouring a libation with his right hand is attributed to Pistoxenos painter. The inspiration came from a tondo on an attic white-ground kylix (vase) from Delphi. It is dated to 480 - 470 B.C. Apollo was the patron god of music and arts. The lyre was the most respectable and known of all the musical instruments in ancient Greece and it was closely associated with the worship of god Apollo, Hermes and the nine Muses. The lyre was the main instrument of the musical education of the Greek youths. The relief representation is crafted by hand and is made of copper placed in a wooden frame.

You may also like to see our frame collection.