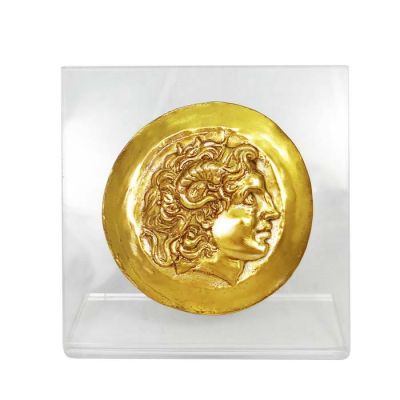 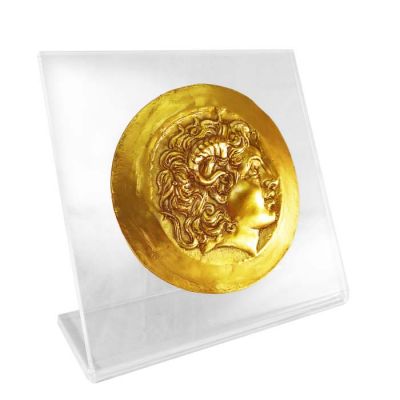 We created a relief represantation that depicts Alexander the Great, inspired by the gold medal of Tarsus in Cilicia, dating to the middle of the 3rd century B.C.. The copy is made of copper with 24 carat gold plating and it is mounted on an acrylic back (plexiglass). An impressive work of art, that can decorate every corner of your home or your office.