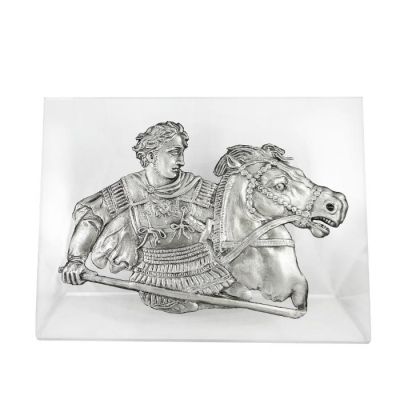 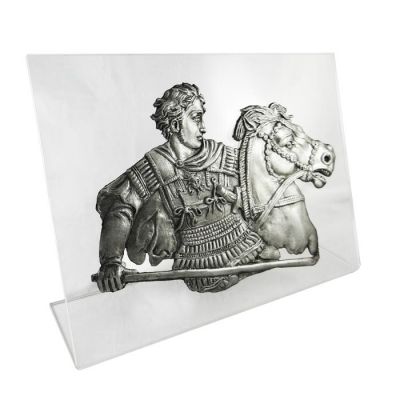 Alexander the Great is one of the most inspirational individuals in greek history. We created a relief representation, that shows Alexander the Great at the head of the Greek army, riding his horse, Bucephalus, in the battle of Issus in Cilicia. It inspired by a Pompeii mosaic, dating to the 2nd century B.C. The copy is made of copper with silver 999° plating and it is mounted on an acrylic back (plexiglass).

The remnants of the Pompeii mosaic depicting Alexander the Great riding his horse, Bucephalus, at the battle of Issus is probably inspired by an earlier artwork of the Greek artist Philoxenus from Eretria and is now at Naples National Museum in Italy.