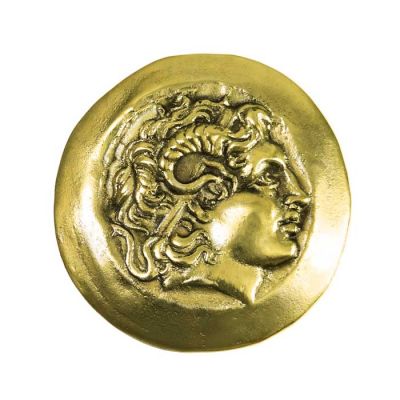 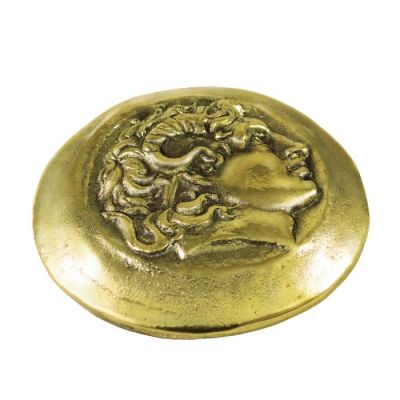 We created a paper weight, inspired by a gold medal of Tarsus in Cilicia, depicting Alexander the Great. The medal is dated to the middle of the 3rd century B.C. The copy is crafted by hand and is made of brass. An impressive work of art and a little touch of history for your office needs.