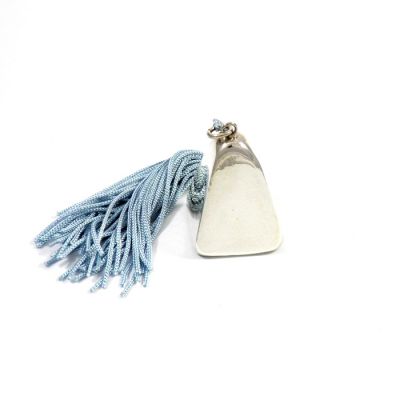 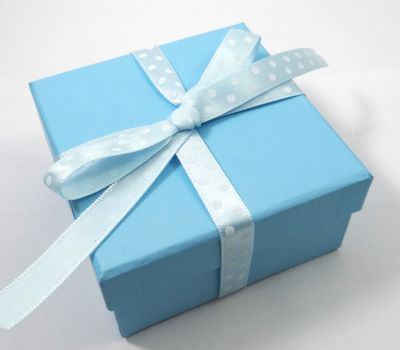 Silver baby rattle in the shape of an agnytha. An object known from ancient weaving, since it was used from the Neolithic period (6500-3000 BC) as weights in order to keep the threads of the loom stretched. Watching these weights of the loom hanging from their threads next to each other and their particular shape that looks like pyramid, we created this rattle, where you can write your own personal dedication and offer it to the newborn, at a baby’s baptism, or at his/her first birthday.

In the Minoan communities families had to have their own shelter, fully equipped including food supply and clothing, which was usually made at home. From the looms that they used, nothing survives except for the weights that kept the threads stretched, which they called "agnythes".

"Agnythes" were stones that were used in ancient weaving. These weights, the so-called Agnythes were attached to the bottom of the vertical threads of the fabric which they called "stimonia", in order to hold them stretched so that the fabric could pass between them.

The ancient agnythes were usually made of clay or stone, and they existed in various shapes and sizes. The most common shapes of agnytha in ancient Greece were the pyramid, the conical, the trapezoidal and the discoid. Agnythes are the only element of the ancient standing looms that "survived" and are usually found in groups because they were so used and stored. The weight of anagnytha was proportional to the diameter of the thread. The thinner the thread, the lighter the agnythes. At the same time, the width of agnytghes was proportional to the density of the fabric. The thicker agnythes, the thinner the knitting of the cloth. The different shapes of the agnytha served different types and qualities of fabrics.

Often agnythes had seals with various representations, human figures, animals, etc. whose significance has not been defined. Agnythes with engraved inscriptions or simple letters were rarely found.

Agnythes, existed from the prehistoric years, namely the Neolithic period (6500-3000 BC), and are one of the most common finds in the excavations of the Classical period, while their production declines from Roman times onwards.