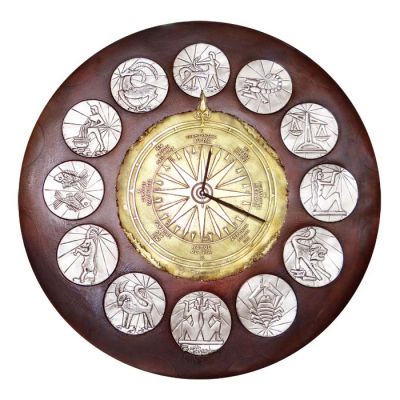 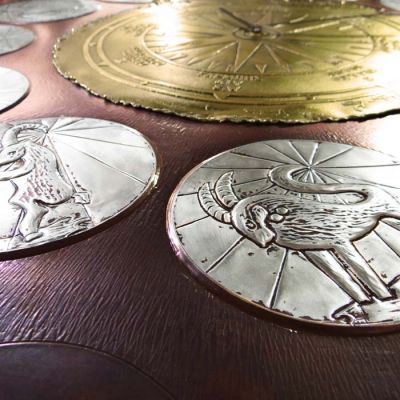 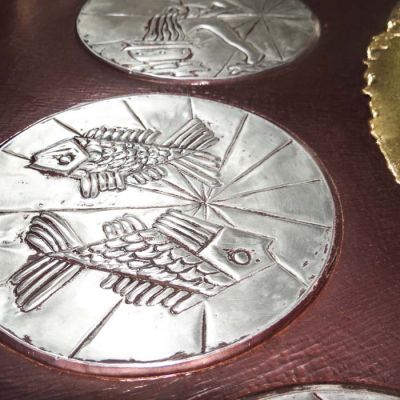 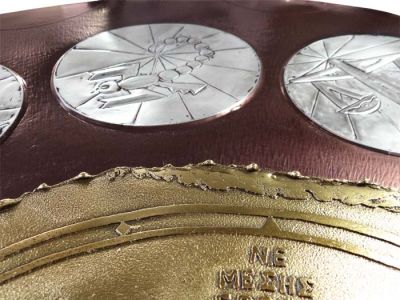 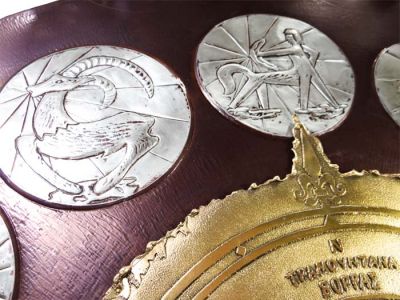 The astrology and the zodiac signs were used in Greece since antiquity. Also, the ancient Greeks identified four cardinal points and the eight winds. We created a round copper clock, with engraved depictions of the twelve zodiac signs and a brass-plated copper windrose, which is inspired by a compass rose of 1534. The zodiac signs are made of copper, plated in silver solution 999°. Decorate your wall with unique style and impress your friends with this impressive clock.

It is speculated that the astrology and the zodiac signs were used since antiquity. Furthermore, in Orphic hymns there were special references to seven constellations of the Zodiac circle and it was clearly stated that the stars determined destiny, fate and the people's lives. The orphic hymns and the poems of the ancient poet Hesiod, prove the value of the astronomical observation in the everyday life of the ancient Greeks.

The ancient Greeks considered some days more favourable for warfare, relying on celestial formations. They even represented constellations and planets with the names of the gods of Olympus. The knowledge of astrology and the zodiac circle's effect on human activities constituted a special subject of study and research in Hippocrates' teaching, which refers to the influences that a human accepts from the movement of the stars.