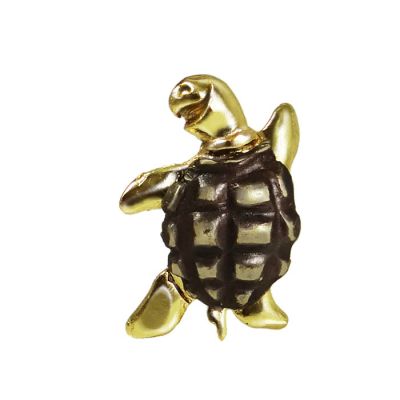 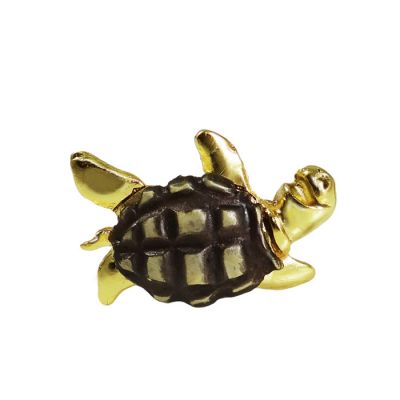 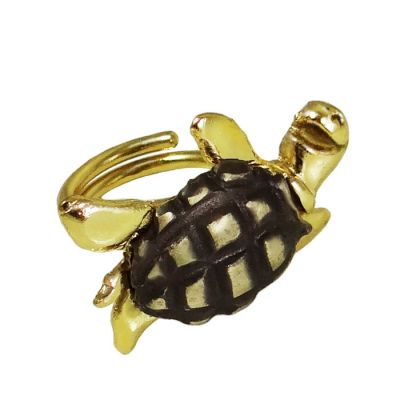 The turtle has been used as a symbol in Greek mythology, in the ancient times as an instrument, the lyre, and later on as the first Greek and European currency that was cut, the silver staterof Aegina. We created a beautiful ring in the shape of a turtle, that can easily be adjusted, depending on which finger you want to wear it. A piece of art made out of  gold-plated brass 24K, for the admirers of greek history and mythology.

Every jewellery is offered in gift packaging.

Order now your own ring or offer it as a special gift.

The turtle was used as asymbol  in almost all the ancient cultures, including the greek culture. In Greek mythology, Chelone was a nymph or a mortal woman who was changed into a tortoise by the gods, for refusing to attend the wedding of Hera and Zeus.

Remarkable was the presence of the turtle in the coins of ancient Greece. The Aeginean "Turtles" was the first greekand european coin. These coins were widely accepted and used internationally, until the Peloponnesian War. At the front side of the coin was depicteda sea turtle, which was a symbol of Venus and the great naval power of the island.