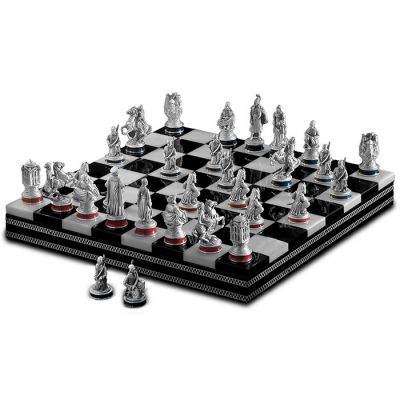 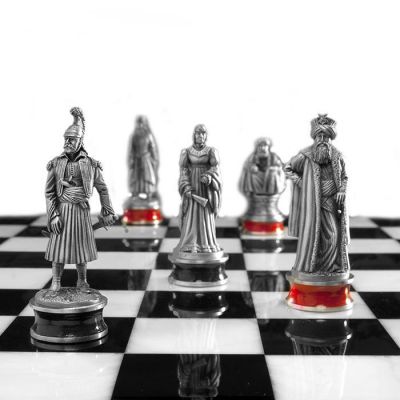 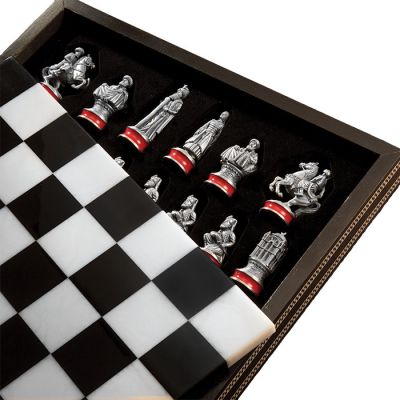 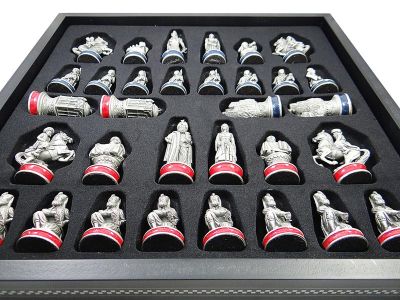 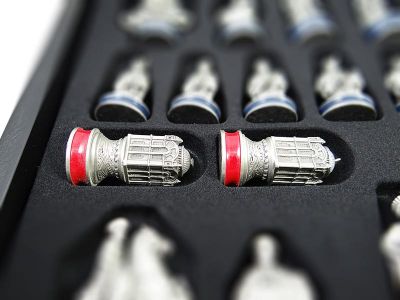 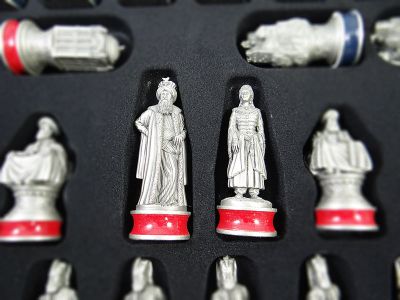 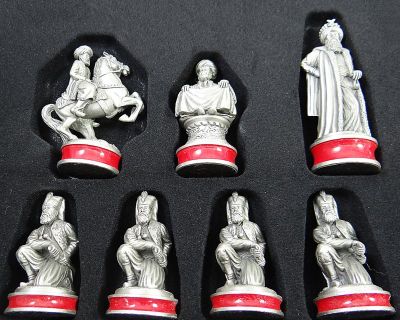 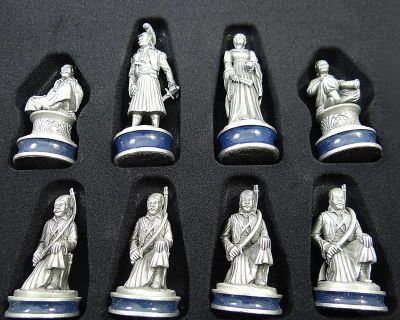 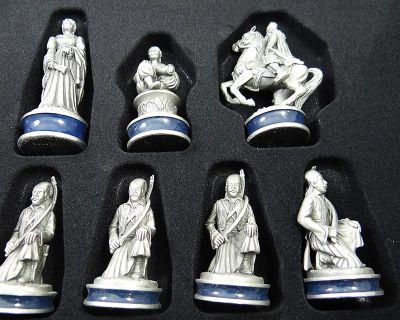 The battles of the revolution of 1821 for the independence of Greece from the Ottoman rule, relived in this unique "The Chess of the 1821 Greek Revolution", which is inspired by this heroic revolution. The collection consists of 32 pawns that represent in miniature, some of the legendary forms of the Greek War of Independence. Theodoros Kolokotronis and the mighty Mahmud II, in place of the two Kings and Manto Mavrogenous against Valide Sultan as Queens.

Georgios Karaiskakis, Markos Botsaris, Odysseas Androutsos opposite Mahmud Dramali Pasha, Omer Vryoni and Reşid Mehmed Pasha, also known as Kütahı, as the bishops and knights. The Palamidi of Nauplion and the Topkapi Palace are in the position of the towers. The anonymous Greek heroes straight across from the Janissaries are lined up, as pawns. The issue includes 32 miniatures made of English pewter, created by artist Y. Mylonas. The unique artwork includes a luxurious alabaster chessboard with special places for all the pawns.

Installment Settlement: The possibility of installment settlement with partial deliveries is offered, after telephone contact.

The Greek War of Independence (1821–1832), also commonly known as the Greek Revolution, was a rebellion of Greeks within the Ottoman Empire which resulted in the establishment of an independent kingdom of Greece. The rebellion originated in the activities of the Philiki Etaireia, a patriotic conspiracy founded in Odessa, Russia in 1814. After a long struggle, many battles, and with the aid of the United Kingdom, France and Russia, independence was finally achieved, and confirmed by the Treaty of Constantinople in July of 1832.

Weapons, paintings of the heroes and the battles of the revolution of 1821, are exhibited at the National Historical Museum in Athens, at the War Museum in Nafplio and in the Hydra Museum - Historical archives in Hydra.