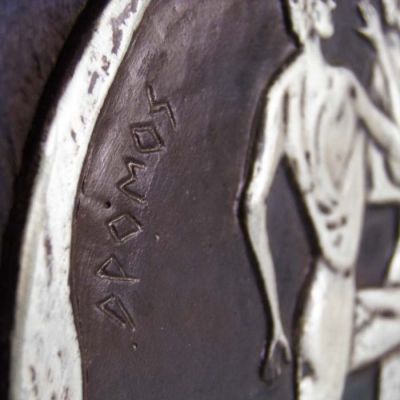 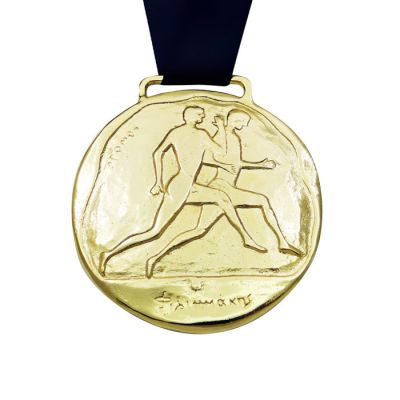 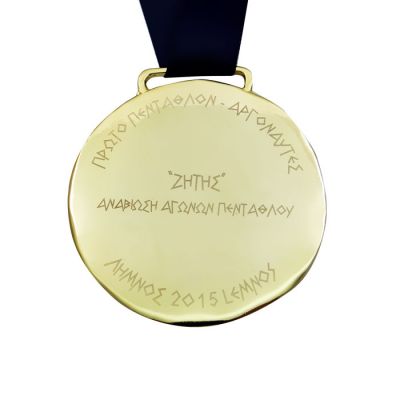 The ancient Olympic Games had several running events, but originally they contained one event, the stadion race. It was the first and the oldest sport in the history of the Olympics. We created a collection of small framed relief plaques, depicting sports of the Olympic Games, that are ideal for your home or office decoration. The depiction of the stadion race is inspired by the representation of the sport on an ancient panathenaic amphora. The relief plaque is made of copper, plated in silver solution 999° and it is mounted on a wooden frame. The frame is suitable for hanging and standing, in order to be easier for you to use it.

We have created a series of medals to cover the awarding of the new games called the "Revival of the Pentathlon Games" on the island of Lemnos, in July 2015. On the back of each medal the name of the first winner of the first games that took place in Ancient Greece, is engrave.

The ancient Olympic Games had several rumnning events. Τhe "stadion" race was the oldest contest that took place in Ancient Olympia. Until the 13th Olympiad (728 B.C.) when the games lasted for only one day, the Olympics originally contained only the stadion or "stade" race, a short sprint whose length was determined at 600 feet (192.27m), that is one Stade.