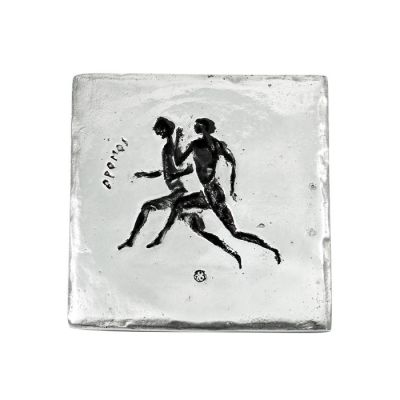 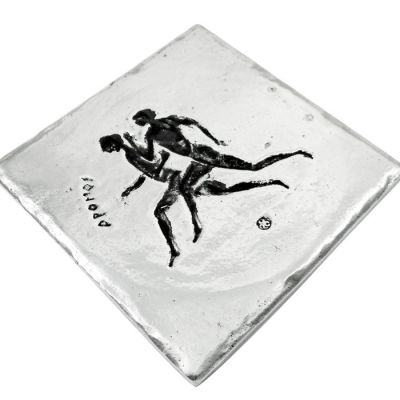 The stadion race, was a sport feature of the Ancient Olympics. In fact, it was the first and only sport in the ancient Olympic Games, until 728 B.C. We created for you, a collection of coasters with depictions of ancient sports and events of the Olympic Games, inspired by the performances of sports on black-figured vases. The coaster is made of recycled aluminum and the drawing of the sport is covered in patina. A unique decoration with everyday use for your home.

The ancient Olympic Games had several rumnning events. Τhe "stadion" race was the oldest contest that took place in Ancient Olympia. Until the 13th Olympiad (728 B.C.) when the games lasted for only one day, the Olympics originally contained only the stadion or "stade" race, a short sprint whose length was determined at 600 feet (192.27m), that is one Stade.