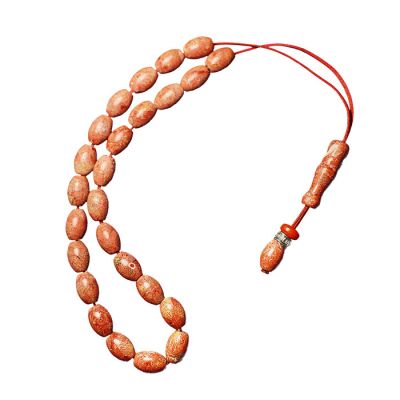 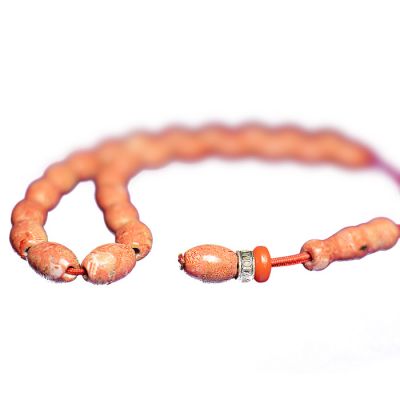 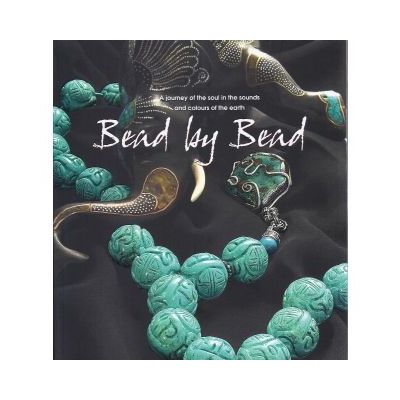 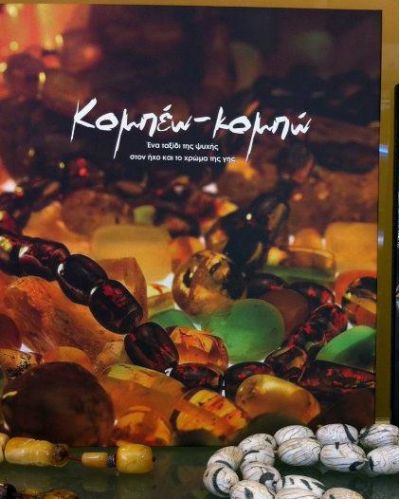 Worry bead, made of 25 sponge coral beads. The worry bead is hand-carved by masterful artisans and all the beads are of excellent quality and authentic beauty. A unique aesthetic accessory you should not miss!

You may also like to see the book "Bead by Bead" from our book collection.

Dimension of the worry bead: 33 cm

Worry beads were first created in Greece around 1000 A.D. The first place in Greece known to have used ‘beads’ was the monastic community of Mount Athos. Worry beads are called komboloi (κομπολόι) in Greek.

Worry beads were first used by Greek citizens during the Ottoman period. The Turks held the "tesbih", which was later called "ntespigi" by the Greeks. As the komboloi evolved during the years of Turkish occupation, the number 33 of the turkish "tesbih" was no longer observed and the Greeks reduced the number of beads to 23.

Nowadays, worry beads are made of beads of various materials and metals. In addition to the requisite silk cord or silver chain, other characteristic features of the komboloi are the papas and the founda. The papas (which literally means 'priest' in Greek) is the single bead that is larger than the rest whose style is often altogether different from the others. Its place is at the end of the loop where the ends are joined together.

The founda is the tassel tied to the end of the string behind the papas.

We find the red coral in deep depths in Mediterranean but its excavation is not allowed. We also meet corals in the Indian Ocean, in the sea of Southern China, in the Pacific Ocean and particular at northeastern Australia in the Coral Sea, where the colour of coral is lighter than the Mediterranean one.

When the coral dies, the market is used to call it apple coral or root of coral. The dead coral is durable in use, good in touch, with red shading.