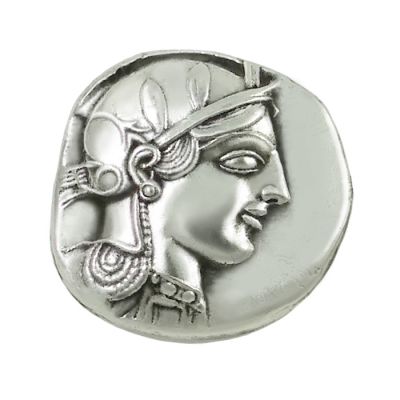 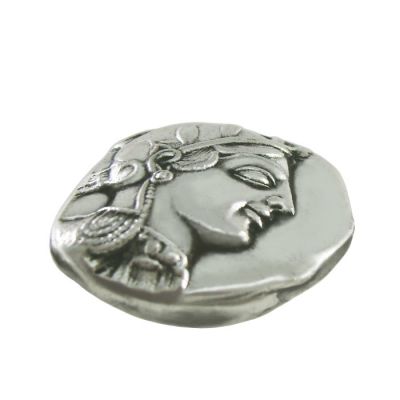 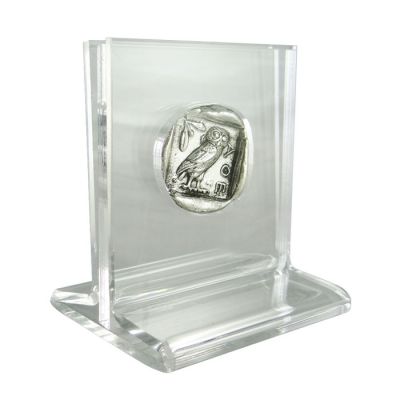 Inspired by the ancient Greek civilization, with its rich culture, history and art, we created for you a silver-plated copy of the silver tetradrachm of Athens, with goddess Athena pictured on the obverse and an owl with the inscription ΑΘΕ (athe) and an olive branch, on the reverse. A great collectible for the admirers of the ancient Greek world, but also for coins collectors, this Athenian coin.

The silver tetradrachm of Athens (449-419 BC) (Athenian tetradrachm) was the most widely used coin throughout Greece in the heyday of Athens in the 5th BC century to the time of Alexander the Great, where by then prevailed the Macedonian coins. It was used in trade throughout the Greek world. The ancient Athenians chose on the obverse of the coin to depict goddess Athena, who also gave her name to the city and on the reverse, the symbol of the city of Athens, the owl (glauka) with an olive branch, the sacred plant of Athens and the inscription ΑΘΕ (athe).

This coin was better known simply, as the Athenian owl and is exhibited at the Numismatic Museum in Athens. Many centuries later, the Athenian owl of the tetradrachm is illustrated again on the Greek coin of one euro.