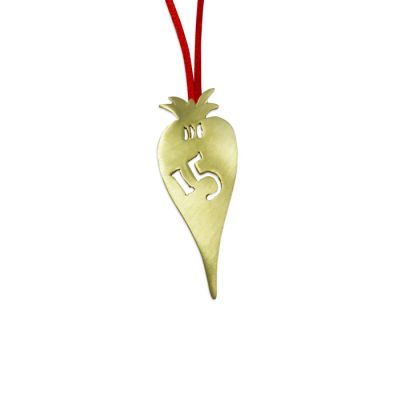 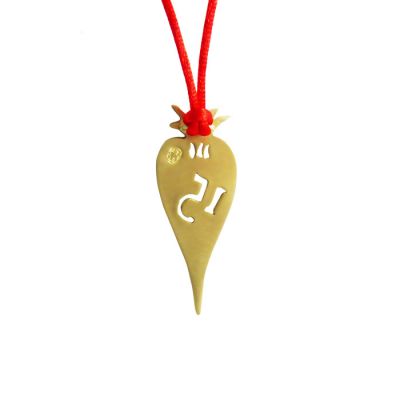 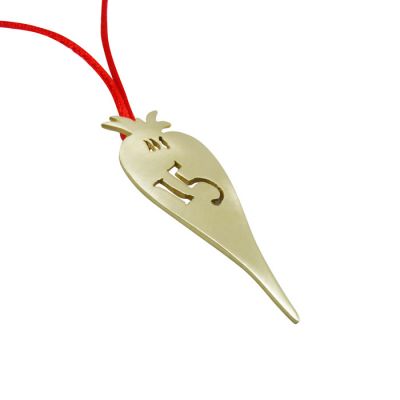 The pomegranate, a symbol of good luck, prosperity, abundance and fertility in ancient Greece and in Greek mythology, inspired us to create a beautiful lucky charm. The charm is offered with a red satin cord to be worn as a pendant and a tassel, to be used as a charm for your christmas decoration. The lucky charm is crafted by hand and is made out of 24K gold-plated brass with the number 15 carved upon it.

You can also see our collection of charms.

The Pomegranate, is the oldest cultivated fruit tree and is cultivated since 3000 BC.Its fruit was used in ancient times for its medicinal properties.

Symbol of good luck, abundance and fertility, the pomegranate is said to be originated from northern India, later to be grown systematically throughout the Mediterranean, too.

Hera, the mother of the gods, was considered as the patroness of marriage and fertility and was often depicted holding apomegranate in her right hand.

The most famous legend associated with the pomegranate, is the abduction of Persephone by Hades. According to the legend, Hades offered her seven pomegranate seeds to eat, in order to keep her in the underworld with him. Thus, the pomegranate was the symbol of the arrival of spring, after the cold winter in the ancient Eleusinian Mysteries.