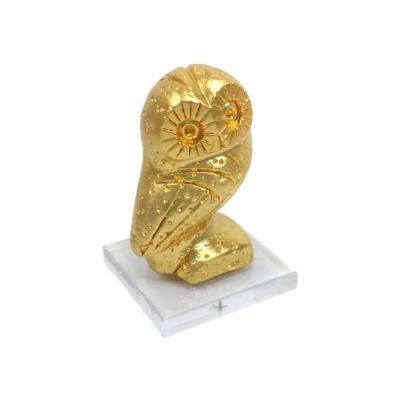 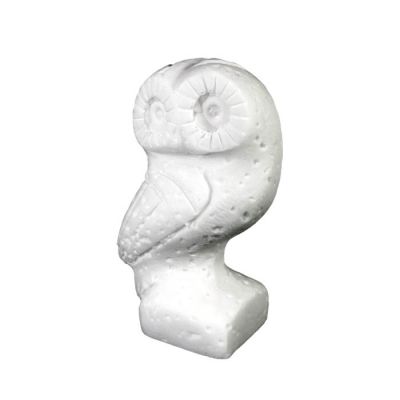 The owl, the sacred bird of Goddess Athena, was the symbol of wisdom and knowledge in the ancient Greece, and is considered to be till our times. Our guide to the creation of this unique sculpture were the greek mythology and the silver tetradrachm of Athens (449-419 B.C.) with the depiction of the owl. The statue is handmade of casted alabaster coated with gold-plated 24 carats copper. It is placed on an acrylic base. An artwork, created for your home or office decoration.

The most common depiction of the owl is on the silver tetradrachm of Athens (449-419 BC), which was the most widely used coin throughout Greece in the heyday of Athens in the 5th BC century. It was used in trade throughout the Greek world. The ancient Athenians chose on the reverse of the coin to depict the owl (glauka) with an olive branch and the inscription ΑΘΕ. This coin was better known simply, as the Athenian owl (glaux).