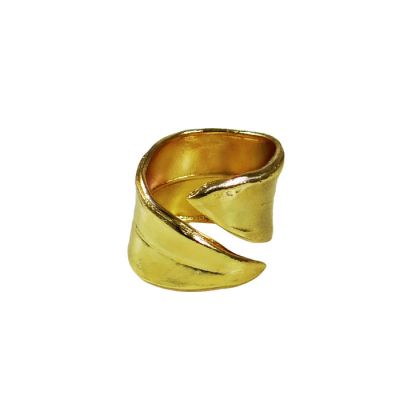 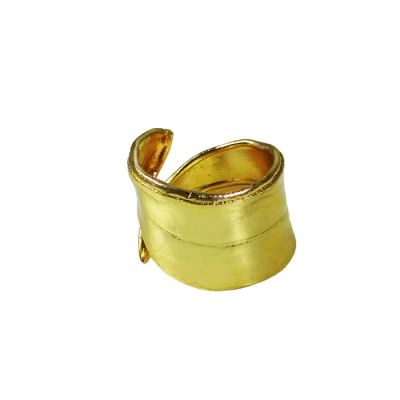 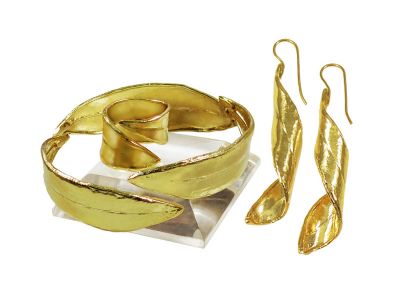 The olive tree, the sacred tree of Athens, which is famous all over the world and it is used in culture, arts and medicine throughout the greek history, inspired us to create a ring, that is a copy of an actual olive leaf. This wonderful jewel can be easily be adjusted, depending on which finger you want to wear it. A piece of art made out of gold-plated 24K brass, for the admirers of the Greek nature.

Take a look at the bracelet, the earrings and the necklace that complete the set.

The olive has both nutritional and medicinal properties.Homer labeled the olive tree as "pure liquid gold". Hippocrates, who is widely considered to be the "Father of Medicine", called it " the great healer".