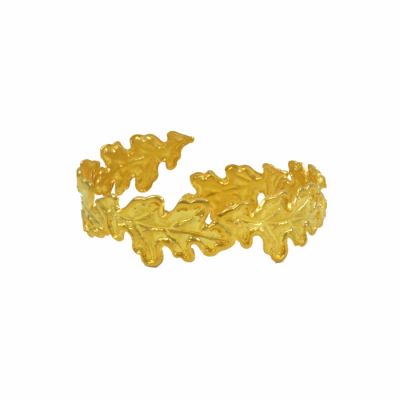 Oak leaf gold-plated 24K bracelet. This art item was inspired by the ancient golden oak wreath of king Philip II of Macedon, that was found in his tomb, in the city of Vergina in Greece and dates to the 4th century B.C. The oak was also the sacred tree of Zeus. Oak wreaths were often found as burial votive offerings in ancient royal tombs in Macedonia and Asia Minor. Our jewel proposal is handmade of 24K gold-plated solid brass and is a colth accessory with a historical heritage.