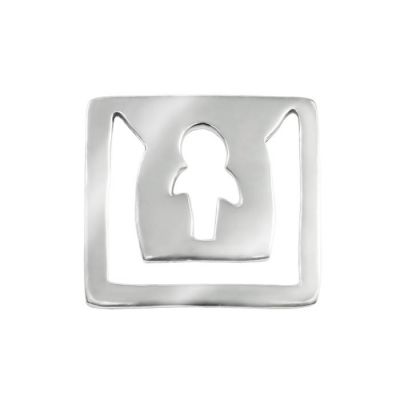 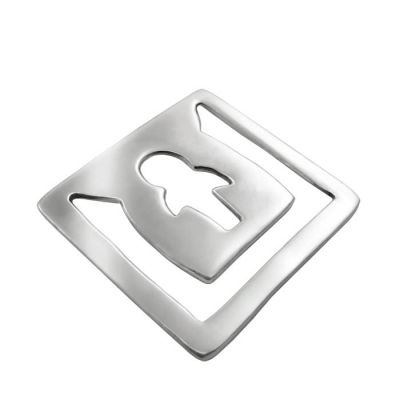 Detail from the decoration of a bracelet with repousse characters. The bracelet is dated to 11th century A.D. and is a unique example of Byzantine art. The shape of the design itself led us to the creation of a bookmark in silver 925°.

In Byzantium, jewels were mostly worn by women, but men also adorned their appearance with the use of jewellery. The most common jewels were pins, earrings, rings and bracelets. The early years of the Byzantine Empire, from the 4th till the 7th century A.D., the Byzantine art is dominated by themes of Roman jewellery, namely nature themes that gradually enriched with geometric patterns.

During the same period, themes from Christianity are shown, such as the crucifix and the peacock. These symbolic and allegorical themes, combine with the earlier symbols of the Byzantine jewelry, which were mainly flower and animal motifs.These symbols remain through all the years of Byzantine goldsmithery. Gems have been used widely in all periods. Between the 10th and 11th century there was a relative loosening of the theocratic nature of Byzantium and greek and roman motifs are used in jewellery.