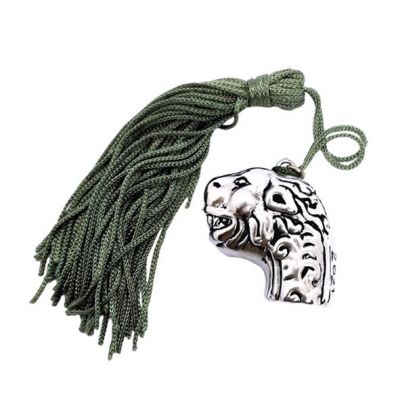 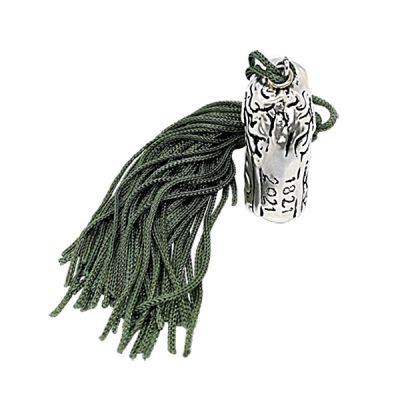 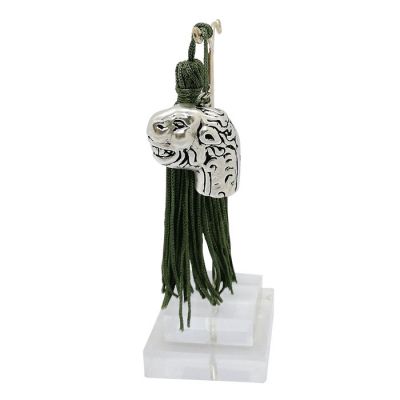 Lion head silver charm 2021. It is dedicated to the 200 years celebrations of the battle. The charm is inspired by the sword handle of Theodoros Kolokotronis who was the commander-in-chief and leading figure of the Greek Revolution of 1821. Handmade silver.

Theodoros Kolokotroonis was a Greek general of the Greek War of Independence against the Ottoman Empire. His sword (pala) bears an embossed lion's head on the handle. The curved sword hung on the soldier's shoulder by a silky cylindrical cordage. The handle was always decorated with a wild dragon's or a lion's head, and sometimes gems adorned the eyes. The sheath was beautifully decorated with serpents, lions, and the end of its case resembled a dragon tail.

The armor and the weapons of Theodoros Kolokotronis and other great heroes of the Greek Revolution have a great interest, as their decorative themes demonstrate the high level of metalworking in Greece, during the 19th and 20th century and the important bond of the heroes with their weapons.

Theodoros Kolokotronis was among the most revered of the protagonists and leaders of Greece's War of Independence. He was commander in chief and leader of the 1821 Revolution and later on, he became politician. He was also known as "O Geros tou Morea" or "The Elder of Morea, whereby Morea was another name describing Peloponnese.

The weapons and the armor of the Theodoros Kolokotronis, are exhibited at the National Historical Museum in Athens