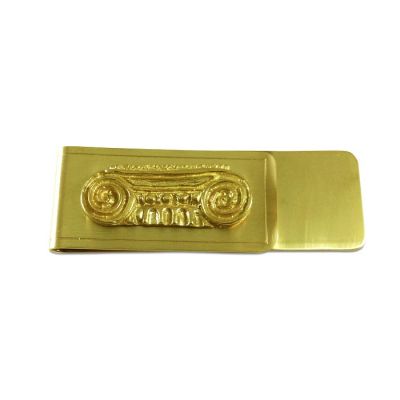 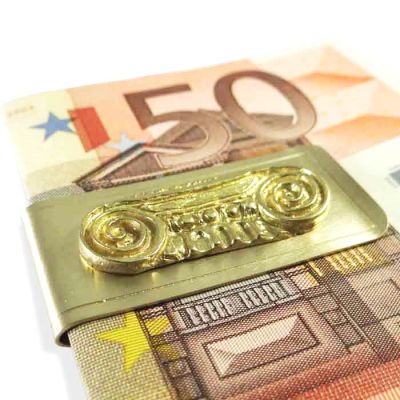 Money clip with a decoration of Ionic capital, a unique proposal for men's accessories. Designed by the artist Marios Voutsinas gives a special touch to it. Handmade of solid brass.

In the Ionic capital, spirally coiled volutes are inserted between the abacus and the ovolo. In the Ionic capitals of the archaic Temple of Artemis at Ephesus (around 560 BC) the width of the abacus is twice that of its depth, consequently the earliest Ionic capital known was virtually a bracket capital. A century later, in the temple on the Ilissus, the abacus has become square.

The Doric capital is the simplest of the five Classical orders: it consists of the abacus above an ovolo molding, with an astragal collar set below. In the Temple of Apollo, Syracuse (c. 700 BC), ththe echinus moulding has become a more definite form: this in the Parthenon reaches its culmination, where the convexity is at the top and bottom with a delicate uniting curve. The sloping side of the echinus becomes flatter in the later examples, and in the Colosseum at Rome forms a quarter round