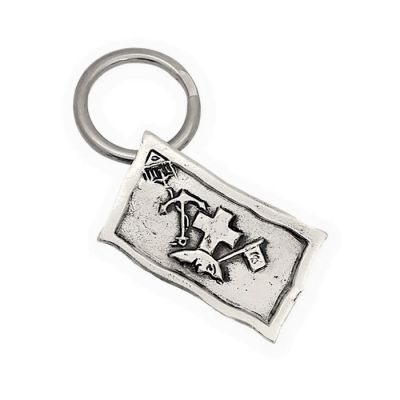 Key-ring with the flag of the Greek Revolution, that was used during the Greek War of Independence in 1821. The idea derived from the 200 years celebration of the Cause It is handmade of solid brass silver-plated in 999° silver solution. A historical heirloom, a gift bearing all the great ideas that changed the path of Greece.

Hydra is one of the Saronic Islands of Greece, located in the Aegean Sea between theSaronic Gulf and the Argolic Gulf. It is separated from the Peloponnese by narrow strip of water.