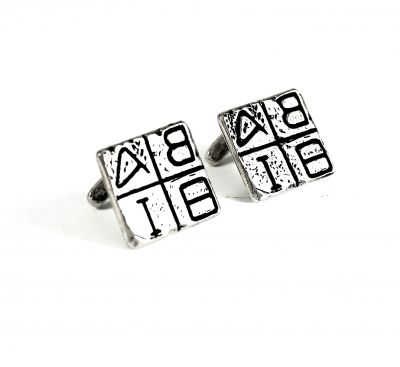 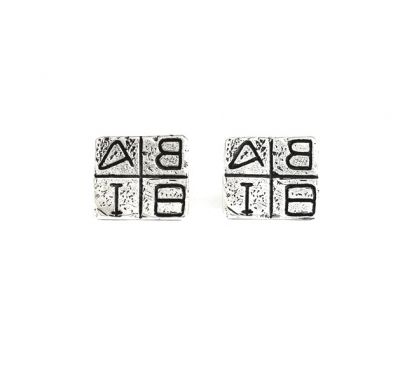 Cufflinks with letters of the Greek Alphabetic script engraved on them. A sophisticated gift created for the admirers of the ancient greek culture and the greek alphabetic system. With letters of local variants, which were used in Peloponnese, Central Greece, Thessaly, Attica, the islands of the Aegean and from the cities of Ionia. The greek alphabetic script is a left writing system, dating to 8th - 7th century B.C. A gift proposal for men handmade of silver 925°.