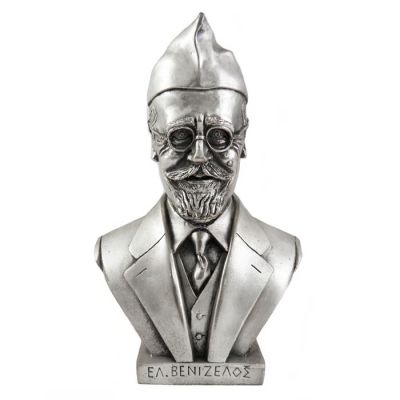 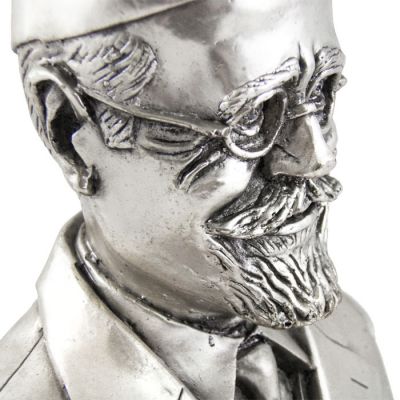 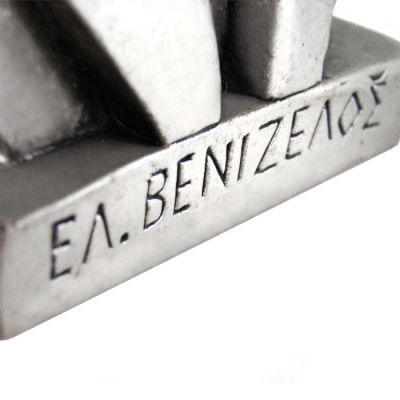 Eleftherios K. Venizelos was a Greek politician who served as Prime Minister of the Cretan State and seven times Prime Minister of Greece. As a politician he played an important role in the Cretan issue and the politics of Greece from 1910 until his death. Impressed by his important role in the politics of Greece, we created a silver-plated copper bust of the politician. A unique historical item that was made in order to satisfy the admirers of the Greek political history.

Eleftherios Venizelos (23 August 1864 – 18 March 1936) was an eminent Greek revolutionary, a prominent and illustrious statesman, and a charismatic leader of the early 20th century. He was elected several times as Prime Minister of Greece, serving from 1910 to 1920 and from 1928 to 1932 and he also served as the prime minister of the Cretan State. He got his degree in Law at the University of Athens Law School. Throughout his life he maintained a passion for reading and was constantly improving his skills in English, Italian, German and French.

Venizelos had such profound influence on the internal and external affairs of Greece that he is credited with being "the maker of modern Greece" and is still widely known as the "Ethnarch". Νot only did he initiate constitutional and economic reforms that set the basis for the modernization of Greek society, but also reorganized both army and navy in preparation of future conflicts. Venizelos tried to advance his reform program in the realms of political and social ideologies, of education, and literature, by adopting practically viable compromises between often conflicting tendencies.

He also focused on strengthening individual freedoms, introducing measures to facilitate the legislative work of the Parliament, establishing of obligatory elementary education, the legal right for compulsory expropriation, ensuring permanent appointment for civil servants, the right to invite foreign personnel to undertake the reorganization of the administration and the armed forces, the re-establishment of the State Council and the simplification of the procedures for the reform of the Constitution.

One of the main contributions of Venizelos to Greek political life was the creation, in 1910, of the Liberal Party, which contrasted with the Greek parties of that period. Venizelism, from its inception, is essentially a liberal Republican movement, which blocks anti-venizelist monarchist and conservative ideologies. These two clashed for staying in power throughout the inter-war period.