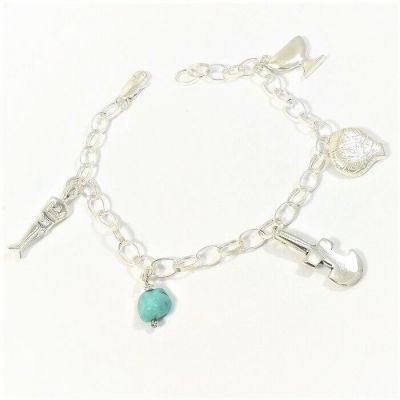 Cycladic figurine silver bracelet. The shape and features show that it is of the folded hands type, the violin shaped and a kykix, dating between 2800 - 2100 BC. Inspiered by the minimal shape we designed this unique handmade bracelet, a jewel bearing a miniature museum replicas. The charms are attached on a silver chain with a tirquoise stone.