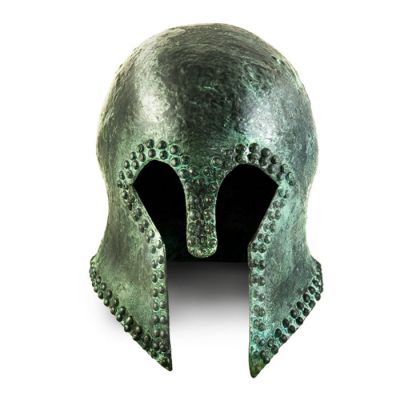 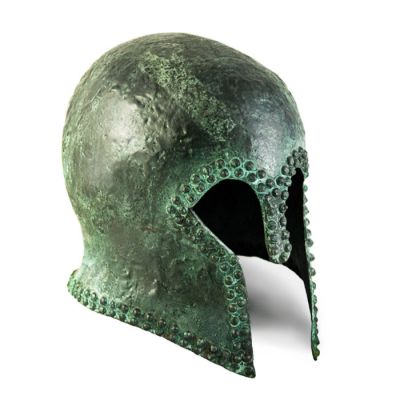 We created this copy of an ancient Corinthian helmet with nails on the edge, based on the original helmet that was found in Ancient Olympia, dated to 7th-6th century B.C.. The helmet was made in a workshop in Peloponnese. This incredible historical item is made of copper with natural oxidation, mounted on a removable wooden base. An ideal gift, for all the admirers of ancient Greek history.

This exact helmet is a bronze "Corinthian" helmet with nails from a Peloponnesian work-shop, dating from mid-7th century to early 6th century BC. The helmets passed through various stages of development from the end of the 8th century to the mid-5th century BC. It is clear that with the passing of time, their shape came to follow the contours of the skull more and more closely so that they were a better fit on the warrior's head.

The original helmet is kept at the archaeological museum of ancient Olympia.