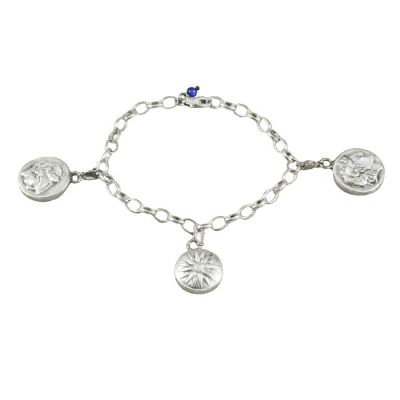 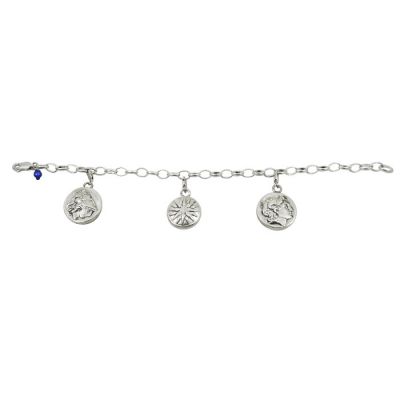 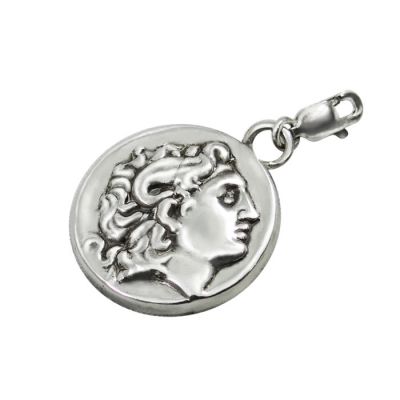 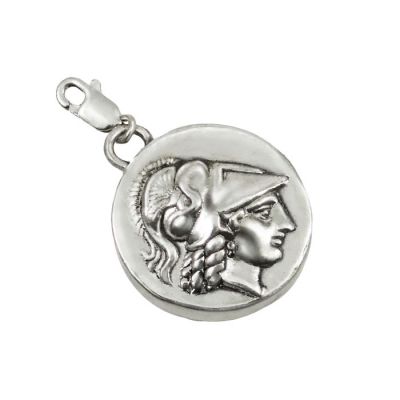 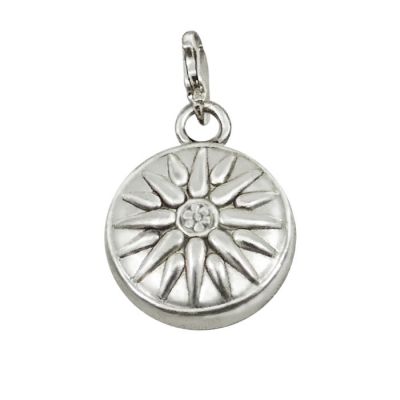 A unique design of our jewelry collection, inspired by Alexander the Great, the ancient greek history and the greek mythology. We created a silver bracelet with three silver charms with depictions of Alexander the Great, goddess Athena and the Vergina Sun (star). A unique jewel made out of pure silver 999°. A gift to celebrate special occations.

Dimensions of the chain: 20cm

Alexander III of Macedon, commonly known as Alexander the Great, was a king of Macedon. By the age of thirty three, he had created one of the largest empires of the ancient world, stretching from Greece to modern-day Pakistan. He is considered one of history's most successful commanders.

In Greek mythology, Athena, is the goddess of wisdom, strategy, warfare, weaving and philosophy. She is the virgin patroness of Athens. Her symbol was the owl, which was also the sacred bird for Athens and the olive tree was likewise sacred to her and she offered it to the Athenians in order to become the patron goddess of the city.

The Sun of Vergina or "Star of Vergina" is a symbol that was widely used by the Ancient Greeks. Although the Sun of Vergina is a national symbol, it is known because of the Macedonians, who used it as a symbol of the Argead dynasty in the Kingdom of Macedonia. The symbol was found during archaeological excavations in 1977 by the archaeologist Manolis Andronikos in the archaeological site of Vergina, in Macedonia, Greece. It was depicted on a golden larnax found in a fourth century BC royal tomb belonging probably to King Philip II of Macedon, father of Alexander the Great.