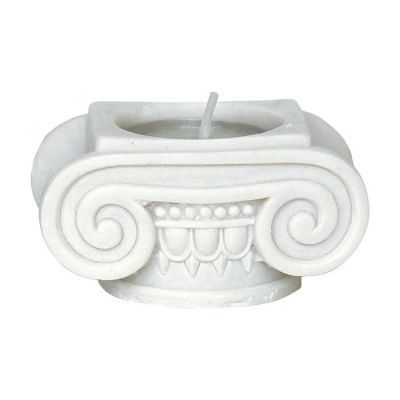 Candlestick in the shape of an ancient Ionic capital. The capital is the upper part of the column, that was used in order to support the roof of the temples in Ancient Greece. The Ionic capitals are great monuments of the Ionic order, that is originated in the 6th century B.C., and of the ancient Greek architecture. The capitals are composed by spirally coiled volutes. The original candlestick is made of crafted alabaster and it is ideal for your home or office decoration.